‘No Losses’ in Cyprus - Russia 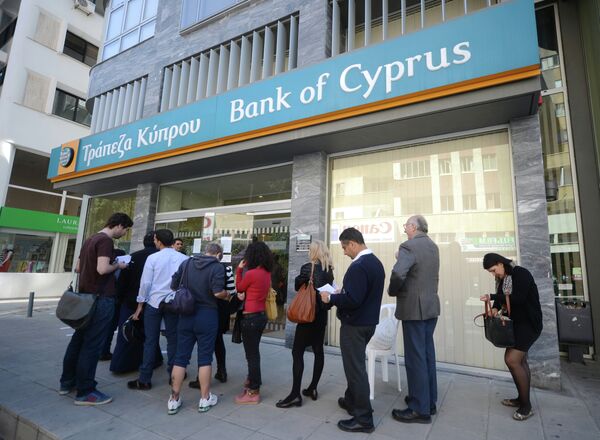 Russian state-controlled and private companies have not sustained any losses due to the financial crisis in Cyprus, Prime Minister Dmitry Medvedev said on Wednesday.

MOSCOW, April 17 (RIA Novosti) - Russian state-controlled and private companies have not sustained any losses due to the financial crisis in Cyprus, Prime Minister Dmitry Medvedev said on Wednesday.

That refers to all “state structures and even a significant number of private companies,” he said in his address to the lower house of the Russian parliament, the State Duma.

“What happened in Cyprus has not in any way affected our programs,” he said. “All the decisions that were made have been carried out.”

Russian banks and companies have favored Cyprus since the 1990s, taking advantage of the nation’s low taxes and lax business regulations. Russian banks held about $12 billion on deposit with Cypriot banks at the end of 2012, while Russian corporate deposits accounted for another $19 billion, according to estimates by the international rating agency Moody’s.

President Vladimir Putin said earlier this month that Russia had decided to restructure its multibillion euro loan to Cyprus, to help the island nation resolve its financial crisis.

Russia granted Cyprus a government loan of €2.5 billion ($3.2 billion) in 2011. In talks between the Russian and Cypriot finance ministers in March, Cyprus requested a five-year loan extension and a cut in the loan rate from 4.5 percent to 2.5 percent, which was equivalent to writing down 10 percent of Cyprus' debt.

Cyprus has had to agree to overhaul its bloated banking sector and introduce "haircuts" for bondholders and savers with accounts of over €100,000 in the country’s two biggest banks, in return for the much-needed €10 billion ($13 billion) bailout from the European Union, the European Central Bank and the International Monetary Fund.

Under the rescue deal, Laiki Bank, the country’s second largest lender, will be broken up and its deposits of less than €100,000 will be moved into the Bank of Cyprus, the country’s largest bank, which will be restructured. Laiki Bank’s deposits of over €100,000 will be frozen and used to resolve its debts, while depositors with more than €100,000 at the Bank of Cyprus could face losing up to 60 percent on their savings.