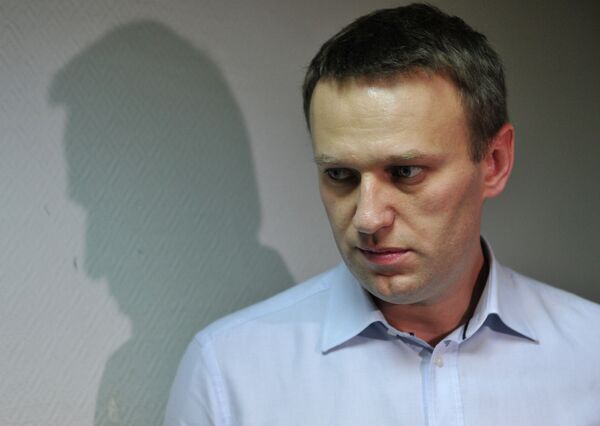 Alexei Navalny, the charismatic Russian anti-corruption crusader who led protests against President Vladimir Putin’s long rule, will stand trial this week on charges of heading a criminal group that investigators say embezzled 16 million rubles ($500,000) worth of timber from a state-run company in central Russia’s Kirov Region in 2009.

Spring 2009 – Alexei Navalny, a political activist and anti-corruption campaigner, begins work as advisor to Nikita Belykh, the governor of central Russia’s Kirov Region. He leaves the post later that year.

December 2010 – The prosecutor’s office in the Kirov Region opens an investigation into allegations that Navalny, while employed as Governor Belykh’s advisor, pressured Vyacheslav Opalev, the head of a state-run timber company, Kirovles, into selling timber on terms unfavorable for the region. The investigation is closed shortly after due to lack of evidence.

May 2011 – Decision to close the Kirovles investigation reversed and fraud charges carrying a maximum sentence of five years behind bars are brought against Navalny.

December 2011 – Navalny arrested and jailed for 15 days at a Moscow protest against alleged electoral fraud in favor of United Russia. The rally is the first in a series of unprecedented demonstrations against Putin’s rule that continue throughout 2012.

May 2012 – Navalny jailed again for 15 days after being arrested at a central Moscow rally that sees the first serious violence of the anti-Putin campaign.

July 31, 2012 – Navalny is charged with “organizing embezzlement on a grand scale” in connection with the Kirovles case, a much more serious charge that carries a sentence of up to 10 years behind bars. Kirov businessman Pyotr Ofitserov is also charged with aiding and abetting Navalny, who calls the charges “strange and absurd” and alleges they are revenge for his Kremlin criticism.

December 2012 – Former Kirovles director Opalev, now a suspect in the case, pleads guilty to the charges and is given a four-year suspended sentence.

April 5, 2013 – Navalny declares his desire to run for president, in a move interpreted by analysts as an attempt to up the stakes in his impending trial.

April 17, 2013 – Trial on Kirovles charges due to begin in Kirov, central Russia, after court refuses to transfer case to Moscow. Navalny supporters pledge to travel to the city to support him. Putin’s spokesman says a few days earlier the president does not intend to follow the trial.