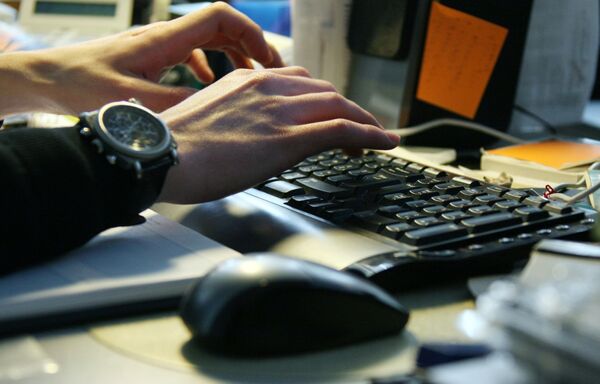 The Russian Interior Ministry has announced a tender worth up to 39.4 million rubles ($1.3 mln) on the development of a security system designed to thwart potential cyber attacks on its computer networks.

MOSCOW, April 15 (RIA Novosti) – The Russian Interior Ministry has announced a tender worth up to 39.4 million rubles ($1.3 mln) on the development of a security system designed to thwart potential cyber attacks on its computer networks.

According to the technical specifications, the system must be able to detect the sources of the attacks and block their attempts to penetrate the ministry’s IT resources. The system must be also linked to similar cyber defenses deployed by the Russian Federal Security Service (FSB).

The move is part of the government response to an increased number of attacks by hackers on websites that are part of the Russian state information infrastructure. It also reflects the growing influence of online tools in the political struggle in the country, as the opposition uses them extensively to galvanize protests against government policies.

Russian Security Council Secretary Nikolai Patrushev said in February that the websites of the Russian president and the two chambers of parliament – the State Duma and the Federation Council - sustain up to 10,000 cyber attacks every day.

Kaspersky Lab, a Russian computer security company, has recently discovered a powerful virus that has infected government and private websites across Eastern Europe and the former Soviet Union.

The virus, dubbed “Red October,” was created to “gather sensitive documents,” including geopolitical intelligence, and gain access to classified computer networks and personal data, according to a report released January 14 and posted on the company’s website.

The discovery prompted Russian President Vladimir Putin to issue a decree that tasks the FSB, successor to the Soviet KGB, with developing techniques to detect cyber attacks and share resources with other state bodies and international organizations to prevent these attacks.

The FSB recently uncovered several hackers in Siberia, whom investigators accuse of targeting government websites in support of the anti-Kremlin opposition movement.

A court in the Siberian city of Krasnoyarsk has handed a 25,000 ruble fine and two years on probation to Pavel Spassky after the radio-electronics college student set up a DDoS attack on two government websites on May 6-7, 2012.

In a similar case, an unidentified 30-year-old man from Krasnoyarsk, faces up to four years in prison if convicted of the “creation, use and distribution of malicious computer software,” according to investigators.

They accuse the man of blocking access to the president’s website last May, while acting on instructions from the notorious international hacker group Anonymous.