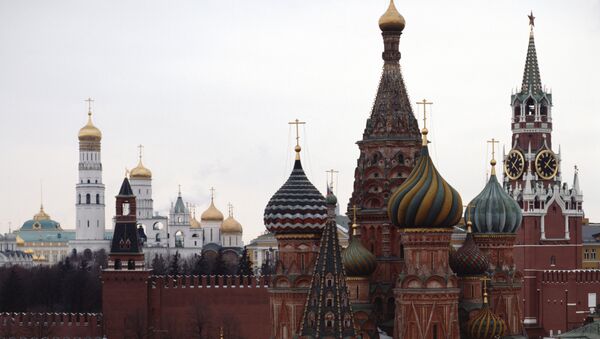 President Vladimir Putin’s foreign policy aide Yury Ushakov accused the US administration on Monday of demonstrating “conflicting behavior,” but said Moscow was ready to develop and deepen its ties with the US.

MOSCOW, April 15 (RIA Novosti) – President Vladimir Putin’s foreign policy aide Yury Ushakov accused the US administration on Monday of demonstrating “conflicting behavior,” but said Moscow was ready to develop and deepen its ties with the US.

The official’s comments were made during a visit by US national security advisor Tom Donilon to Moscow.

“On the one hand, the Obama administration wants to actively develop ties with us in many areas, and that is quite a positive thing,” Ushakov said, “but on the other, it does not want to fight for bilateral cooperation within the United States, and does not want to rein in some Russophobes who are putting spokes in the wheel of our cooperation.”

Ushakov called the publication of a blacklist of Russian personae non grata by the US “something new in diplomacy” and “at odds with all the rules that have evolved over centuries.”

Every country has its secret blacklists, but no one has ever spoken about it out loud before, Ushakov said, speaking after Donilon handed over a message from US President Barack Obama to Putin in the Kremlin earlier that day.

Obama’s message contains a number of proposals to deepen bilateral dialogue and cooperation, and Moscow will study them in depth, Ushakov said.

Moscow is ready to “pick up” the positive signals that are coming from the Obama administration, he said without elaborating.

Russia has always been willing to develop and deepen its ties with the US without any constraints, Ushakov said.

“All the constraints come from the other side; there are none on our part,” he said.

Obama’s message to Putin, “couched in a constructive tone,” touches on matters of cooperation in the defense and technology sector, including missile defense and nuclear issues, Ushakov said.

NSC spokesperson Caitlin Hayden issued a statement saying Donilon held discussions with President Putin, Security Council Secretary General Patrushev, Foreign Minister Lavrov, and Presidential Foreign Policy Advisor Ushakov "on the full range of bilateral and global issues in preparation for the meeting between President Obama and President Putin on the margins of the G8 Summit and a US-Russia bilateral summit in early September."

"The discussions were comprehensive and constructive," Hayden said.