“Transnational organized crime groups can ensure an inflow of a huge number of criminals and mercenaries from certain countries to any part of the world with proceeds from heroin sales,” Ivanov said, but did not provide any evidence to back his claims.

“Thus between 15,000 and 20,000 mercenaries are concentrated in Syria, who are destabilizing the situation in that country,” he added.

Transnational criminal groups, not the Taliban, pose the greatest threat in Afghanistan, he said.

Russian Foreign Ministry spokesman Alexander Lukashevich said earlier this month Syria is turning into a “center of attraction” for international terrorists as the ongoing civil war between rebels and government forces continues.

About 70,000 people have died in Syria since the start of the uprising against President Bashar Assad in March 2011, according to UN figures. 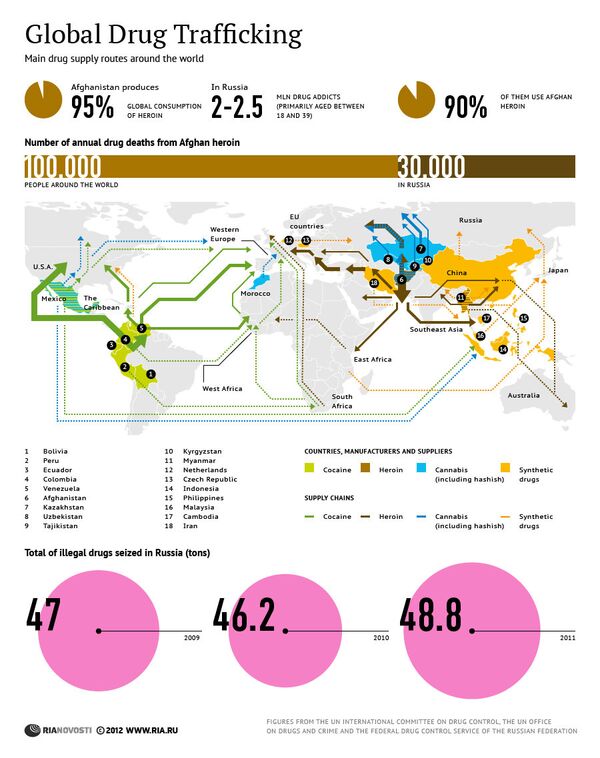