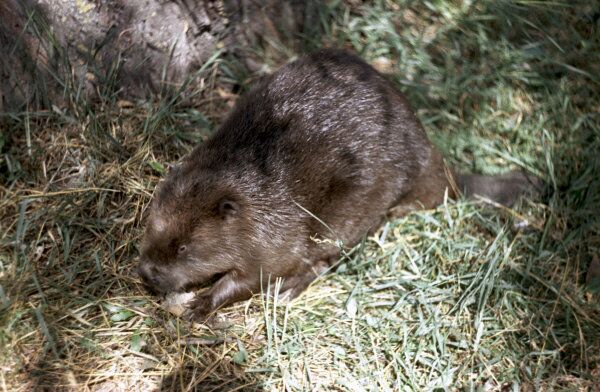 © RIA Novosti . Vladimir Minkevich
Subscribe
International
India
Africa
Putting the “wild” in “wildlife,” an aggressive beaver in western Belarus attacked a local fisherman, biting him so hard that the man bled to death.

MOSCOW, April 11 (RIA Novosti) – Putting the “wild” in “wildlife,” an aggressive beaver in western Belarus attacked a local fisherman, biting him so hard that the man bled to death.

The tragic incident stemmed from the man’s love of photography: He and his two fishermen friends spotted the animal walking down a country road and decided to take a picture with it, local media reported.

The beaver was complacent at first, but suddenly snapped and attacked one of the fishers, biting him on the thigh deeply enough to cut through the femoral artery, Euroradio.fm said.

The man’s friends tried to stop the bleeding and then decided to drive the beaver’s victim to a hospital, but lost too much time, Brestsky Kuryer weekly reported.

The man was delivered to medics half an hour after the attack and was pronounced dead on arrival, a local ambulance worker said on CTV television.

Police did not release the man’s name, saying only that he was 60, Tyt.by reported Thursday. An inquiry was opened into the incident, which took place on Wednesday.

The problem with the beaver could have been that it was just starting adult life, Sergei Shtyk, an official with Brest Region’s wildlife protection department, told Moskovsky Komsomolets.

Young beavers leave their families in springtime when they turn three or four years old and begin looking for a territory of their own, a quest that can make them very aggressive, the official was quoted as saying.

He also admitted the animal might have had rabies.