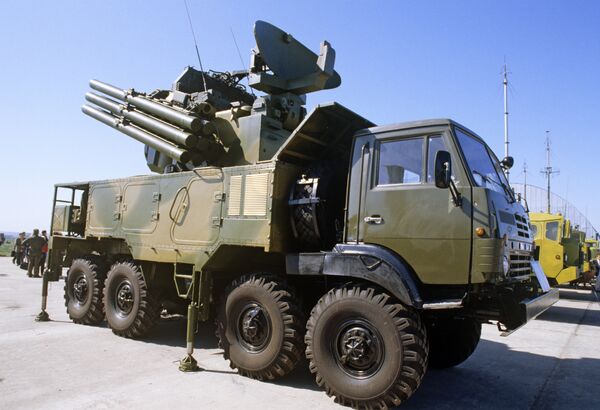 Russia and Brazil will discuss the possibility of the joint development of an advanced surface-to-air missile system, Parana, at the LAAD 2013 defense exhibition in Rio de Janeiro, Russian state-owned defense firm Rosoboronexport said on Monday.

No details about the Parana have yet been disclosed.

The LAAD 2013 International Defence and Security International Exhibition will run from April 9 through 12 in Rio de Janeiro. Rosoboronexport will showcase more than 200 models of Russian arms and military equipment for all branches of service there.

Russian helicopters and armored vehicles, in particular the Tigr (Tiger), as well as small arms and light weapons, are also expected to generate high interest at the exhibition, the spokesman said.