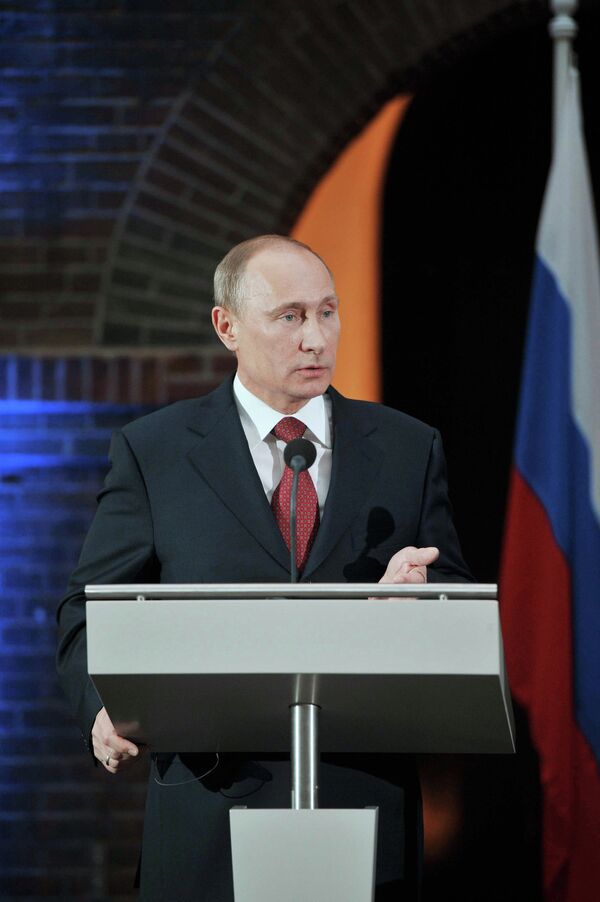 Russian President Vladimir Putin on Monday denied that the rights of gay people are being violated in Russia.

AMSTERDAM, April 9 (RIA Novosti) - Russian President Vladimir Putin on Monday denied that the rights of gay people are being violated in Russia.

“Sexual minority rights are not violated in Russia,” he said at a news conference after talks with Dutch Prime Minister Mark Rutte, adding that gay people enjoy the same rights and freedoms as other Russians.

“I consider it necessary to defend the rights of sexual minorities, but… children are not born in same-sex marriages. Both Europe and Russia face problems of a demographic nature,” the Russian president said, adding that though demographic problems might be solved by encouraging migration, he would like Russia’s population to grow primarily as a result of a demographic boom “in the so-called titular ethnic groups: Russians, Tatars, Chechens, Bashkirs, Dagestanis and so on.”

Speaking about gay marriages, Putin mentioned the mentality of the Russian people and said that such issues should be dealt with in accordance with the tendencies prevailing in the public mood.

“Can you imagine an organization promoting pedophilia in Russia? I think people in many Russian regions would have started to take up arms. The same is true for sexual minorities: I can hardly imagine same-sex marriages being allowed in Chechnya. Can you imagine it? It would have resulted in human casualties,” he said.

Promotion of LGBT values and lifestyle to minors is punishable in Russia’s second largest city of St. Petersburg with fines of between 5,000 and 500,000 rubles ($160 to $16,000). Several other Russian regions have similar bans in place.

“I would like to draw your attention to the fact that these laws are being adopted on a regional level, and thus reflect the stance of the whole of Russian society. They are not being encouraged by the federal authorities in any way,” Putin said.

“We need to reach a consensus with this community, to agree on working together. We shouldn’t bicker with each other, we should come to an agreement, to reach understanding and lay down a certain set of civilized rules. I think this is possible,” he said.

When asked about another trademark topless protest by activists from the feminist group Femen, who targeted the Russian leader as he opened an industrial fair on Monday in Hanover, Germany, Putin said “Thank God it wasn't homosexuals who undressed there.”

German media said four topless women, with obscenities in English and Russian daubed on their torsos, broke through security as Putin and German Chancellor Angela Merkel were examining a stand at the fair.