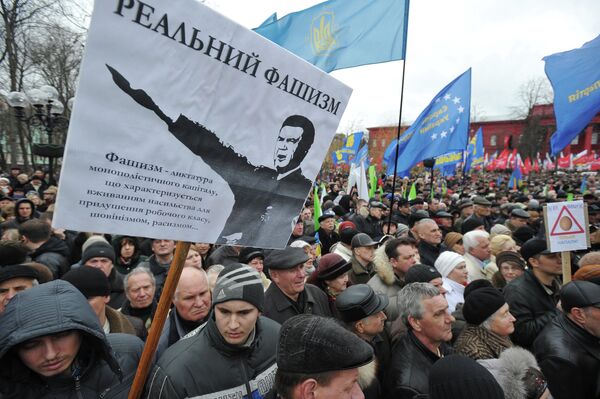 Ukraine’s opposition launched a nationwide campaign in March, which calls for the resignation of President Viktor Yanukovych and his government. The campaign is scheduled to end with a massive rally in downtown Kiev in mid-May.

“Some 20,000 people have gathered near a monument to Taras Shevchenko, where the rally is taking place,” Yulia Tymoshenko'a Batkivshchyna (Fatherland) party said in a statement.

Police said some 3,000 people were participating in the event.

Lutsenko said he supports the opposition rally and plans to meet with his ally Yulia Tymoshenko, who remains in jail. Tymoshenko, once the main political opponent of President Yanukovych, was sentenced in October 2011 to seven years in prison for abuse of office after negotiating an allegedly unfavorable gas deal between Russia and Ukraine in January 2009.