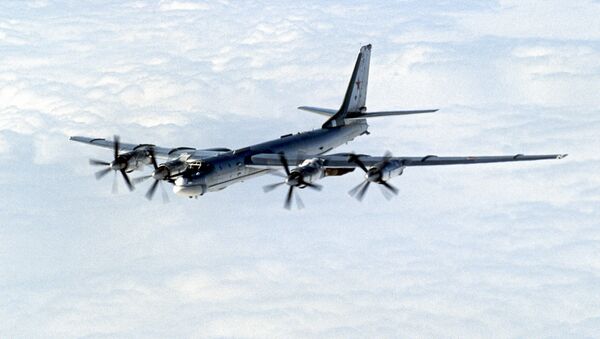 An iconic Russian Cold War bomber, which had been reported to suffer a minor malfunction, actually burned beyond recovery for unclear reasons, Kommersant daily said Saturday.

A Tu-95MC “Bear-H” turboprop missile carrier aborted takeoff after the crew discovered smoke in the service compartment in mid-February.

The Defense Ministry only reported at the time that the fire was soon extinguished and that no one was hurt in the incident, which took place at an airbase in Ryazan Region in central Russia.

But the damage taken by the bomber, manufactured in 1982, rendered it inoperable, Kommersant said, citing an unnamed Defense Ministry official.

Moreover, the price tag for repair was so high that the bomber would be simply scrapped, the report said.

Investigators are inclined to blame the incident on electrical equipment, but the check is still ongoing, the report said. The bomber underwent maintenance last November for 300 million rubles ($9.5 million), and its service life was formally extended for 2,000 flight hours.

Tu-95MC is the staple of Russian strategic aviation, with between 40 and 64 aircraft of the model currently on active duty, according to independent estimates by prominent military news website Topwar.ru.

The bomber is capable of carrying up to 16 nuclear missiles and is, incidentally, one of the loudest aircraft in the world.

The machine, whose first modification was introduced in 1956, regularly makes headlines thanks to its patrol and exercise flights near foreign borders, including Japanese and American.

But no new Tu-95MC were produced since 1992. A prospective replacement aircraft is in development and not expected to go into series production before 2025.

In 2011, a fire also rendered unusable a K-84 Ekaterinburg Russian nuclear submarine, which remains in repair. No one was punished over the incident.