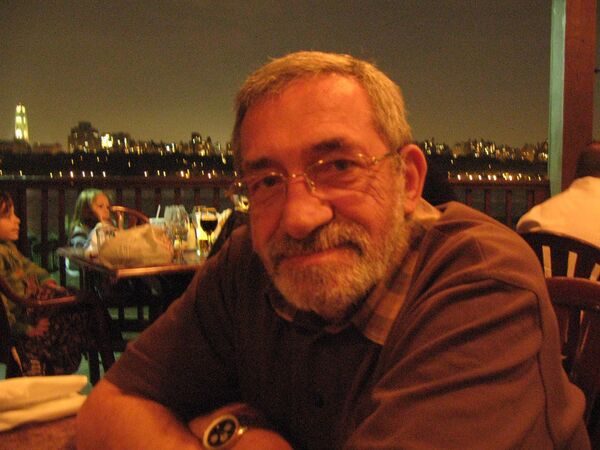 Boris Kuznetsov, a prominent Russian lawyer granted political asylum in the United States in 2008, said an arrest warrant issued for him this week by a Russian court was politically motivated.

WASHINGTON/MOSCOW, April 4 (By Alexey Eremenko & Karin Zeitvogel for RIA Novosti) – Boris Kuznetsov, a prominent Russian lawyer granted political asylum in the United States in 2008, said an arrest warrant issued for him this week by a Russian court was politically motivated.

A district court in Moscow on Wednesday issued an international warrant for the arrest of Kuznetsov, 69, for allegedly evading investigators probing a 2006 charge that he divulged state secrets.

The charges stem from Kuznetsov allegedly copying a classified document, showing that Federal Security Services wiretapped a senator he was defending in court, and sending the copy to the Constitutional Court.

Kuznetsov claimed at the time that the case was retribution for his verbal attack on Russian President Vladimir Putin over the Kursk nuclear submarine accident. The submarine sank in 2000, killing all 118 people on board. When Kuznetsov represented some of the victims’ families in court, he blamed the deaths on Putin’s handling of the incident.

“The case against me has been revived because I’ve become active again in the past two months, talking about the second edition of my book,” in which he intends to put in writing his accusations against Putin over the handling of the Kursk accident, Kuznetsov said Wednesday in a phone interview with RIA Novosti from his home in New Jersey.

The ex-lawyer, who now “writes books” and posts on the Internet for a living, said his plan to publicly spell out how "Putin's dissertation was plagiarized from the works of two prominent US scholars" was another reason behind the arrest warrant.

Plagiarism allegations against Putin, who received a doctorate in economics from the St. Petersburg Mining Institute in 1997, were first voiced in 2005 by experts at the Brookings Institution in Washington. A dozen mid-tier Russian officials were stripped of doctorate degrees earlier this year in a scandal that many experts called a typical example of corruption in the country’s education industry.

Kuznetsov was also quoted by Kommersant daily on Thursday as saying the case against him may have been revived because of his work as an expert for a US Congressional commission that drafted the “Magnitsky list” of Russian officials banned from the United States over alleged human rights violations.

Yet another reason for the arrest warrant could have been the approaching expiration of the statute of limitations in the case, Kuznetsov’s legal representative in Moscow, Rustam Koblev, said. The new charge that he is evading investigation would allow the statute to be extended indefinitely, Koblev said.

Kuznetsov denied evading prosecution, saying he has communicated extensively with the court and investigators over the past seven years.

Koblev said that reviving the case might have been an attempt to place Kuznetsov on Interpol’s wanted list, though he said it would not work because Interpol is banned from taking on cases of a political nature.

“They’re just making a political emigrant out of him, trying to deny him the opportunity to return home,” Koblev said.

An official with Moscow’s branch of the Investigative Committee working on the case declined to comment when reached by telephone. The committee’s press service did not return a faxed request for comment in time for publication.