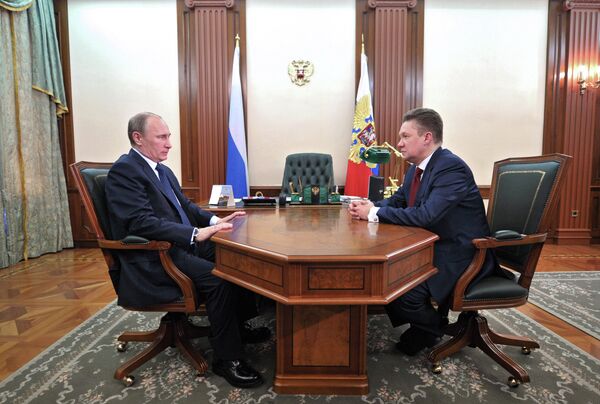 Putin said the new project was effectively scrapped in connection with Nord Stream and South Stream.

“I am asking [you] to return to the Yamal-Europe-2 project,” he told Gazprom CEO Alexei Miller, adding that it should improve the reliability of supplies to Poland, Slovakia and Hungary.

Miller said the second pipeline, to run via Belarus with a capacity of 15 billion cubic meters, could be put into operation in 2018-2019, adding that negotiations on the subject had been conducted with Poland, Hungary and Slovakia.

“We are ready to go ahead with developing a feasibility study,” he told Putin.

Polish Treasury Minister Mikolaj Budzanowski voiced his skepticism about the project and stressed that it was solely up to the Polish government and the state-controlled Gaz-System pipeline operator to decide on whether to give the project a green light.

“No one except for the Polish company and the Polish government is entitled to make decisions about transit via Polish territory. That’s why we would like to issue a tactful reminder that we are not going to build a new gas transportation network to Poland or the European Union on instructions from anyone, especially from Gazprom,” he said.

The minister mentioned the country’s plans to build an LNG terminal in Swinoujscie to be put into service in 2014, along with plans to extract shale gas in the country and cooperation with Germany, Czech Republic and Slovakia.

He said that taking it all into account, “we doubt that it makes sense to build infrastructure that would increase our dependence on gas imports from one supplier.”

“We choose a slightly different model - the model of diversification and search for new suppliers to maintain the price as low as possible,” the minister added.

He said that the Russian and Polish governments agreed on the project in 1993, but “the situation changed” after Poland’s accession to the EU in 2004. 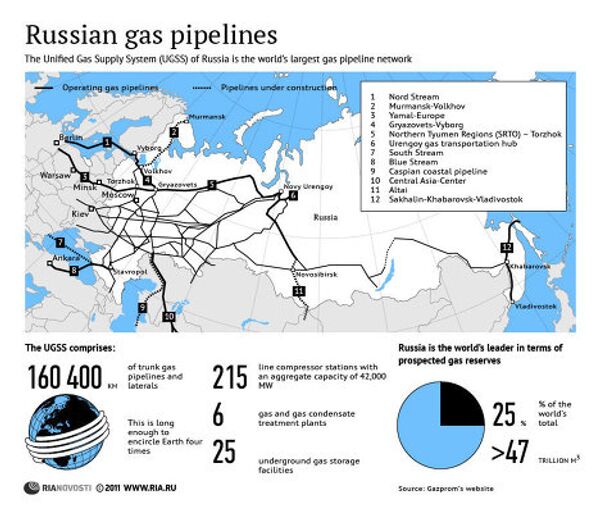 Putin’s order coincides with a new round of gas price disputes with Ukraine. On March 31, Gazprom CEO Alexei Miller said Ukraine uses reverse shipments of Russian gas from the European market and this reminds him of a “fraudulent scheme.”

The boost to the Yamal-Europe-2 project is in line with Russia’s plans to make its gas supplies to Europe less dependent on transits via Ukraine. Previously, Belarus and Ukraine were Russia’s two major gas transit routes, with the latter accounting for two thirds of all Russian gas transit.

Following a number of pricing disputes with Kiev in the past years, which have led to interruptions of Russian gas supplies to Europe, Russia has focused on building alternative supply routes bypassing Ukraine.

Updates with Poland’s reaction in paras 6-11, background in paras 12-14