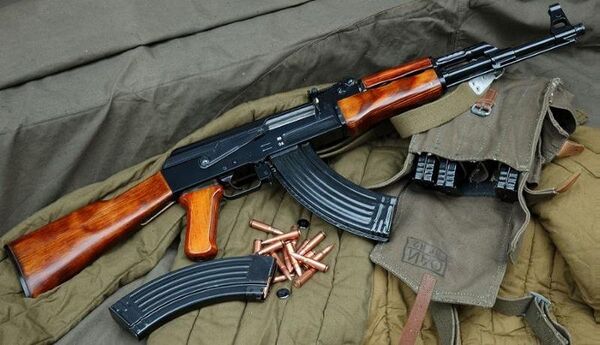 The resolution containing the text of the treaty was approved by 154 “yes” votes with the simple majority of 97 votes in favor needed to pass the text.

The document received strong support from the majority of UN members during the Final UN Conference on the Arms Trade Treaty (ATT) last Thursday. The adoption of the treaty, which required a unanimous approval, was blocked by three states - Iran, Syria and North Korea.

The three countries, who have earlier criticized the draft treaty as “unbalanced” and giving an advantage to the world’s biggest weapons exporters, voted against it during the General Assembly’s vote. 23 countries abstained, including the world’s two major arms exporters, Russia and China. The United States, the world's biggest arms trader accounting for over 40 percent of global conventional arms transfers with annual revenues estimated at more than $28 billion, voted in favor of the agreement.

According to the resolution, the treaty will be open for signing on July 3, 2013. It will take effect 90 days after being ratified by its 50th signatory.

In his speech ahead of the vote, UN General Assembly President Vuk Jeremic praised the treaty as “groundbreaking” and “robust.”

The document is designed to improve the regulation of the global arms trade, estimated to be worth $60-$70 billion per year, and reduce the 750,000 annual deaths caused by arms-related incidents.

The text establishes a link between the presence of weapons across the developing world, especially in conflict-affected areas, and the challenge to sustainable development.

It creates binding requirements for nations to review all cross-border arms contracts in order to ensure that arms they sell will not be used in human rights abuses, terrorism or violations of humanitarian law.

According to the UN Office for Disarmament Affairs, the treaty will not do any of the following: interfere with domestic arms commerce, ban the export of any type of weapon, harm the legitimate right to self-defense or undermine national arms regulations.

Many observers have expressed skepticism over the treaty before the vote. Even if adopted, it is unlikely to prove effective, they said, as major arms traders, including the United States and Russia, have no interest in reducing weapons sales.