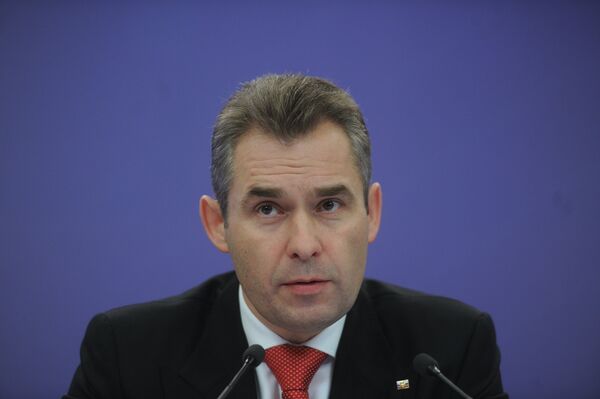 Texas authorities are investigating allegations that an adopted Russian girl was sexually abused by her American father, according to a state official and the girl’s mother, who denied the allegation.

WASHINGTON, April 2 (By Carl Schreck and Maria Young for RIA Novosti) – Texas authorities are investigating allegations that an adopted Russian girl was sexually abused by her American father, according to a state official and the girl’s mother, who denied the allegation.

“There is an abuse-neglect investigation being conducted,” Shari Pulliam, spokeswoman for the Texas Department of Family and Protective Services in Beaumont, Texas, told RIA Novosti in emailed comments.

Pulliam said the girl, aged 16, as well as her 15-year-old sister, also an adoptee from Russia, were removed from their home on March 21 and placed together in a foster home pending the investigation.

Texas authorities received a tip on a statewide hotline last month alleging that one of the girls had been abused while in the custody of their adoptive parents in Silsbee, Texas, Pulliam said.

Both Pulliam and a senior official in Russia identified the girls’ parents by name. RIA Novosti is withholding publication of the names due to the sensitive nature of the allegations and the involvement of underage children.

The sheriff’s department in Hardin County, where Silsbee is located, has opened a criminal investigation into the allegations, Pulliam said. The sheriff’s office did not immediately respond to repeated requests for comment.

Reached by RIA Novosti, the girls’ adoptive mother confirmed in a telephone interview that her 16-year-old daughter had contacted Texas child protective services and claimed that her adoptive father had raped her.

But the mother described that accusation as the latest in a long string of false claims of abuse and threats of violence against the couple by the two girls and their 17-year-old brother, also adopted from Russia.

“We’ve been trying to get help for these kids for the last seven years,” the mother said.

The girls’ adoptive father was “devastated” by the rape charge, according to his wife, who said he had undergone two open-heart surgeries in the last two years and that the accusations are “just not true.”

The couple’s adopted son is currently considered missing, Pulliam told RIA Novosti, adding that the last confirmed sighting of him was in June 2012.

Russia’s children’s rights ombudsman, Pavel Astakhov, said in a statement Tuesday that he was informed by a Texas social worker, whom he identified as Diane Black, that the boy had spoken to her by telephone several months ago. Black could not be reached for comment Tuesday.

If the brother turns up, the department will petition the court to have him placed in a foster home too, Pulliam explained, adding that at age 17 he would have the right to refuse foster care under Texas law.

Astakhov posted several messages on his Twitter account and issued an official statement Tuesday stating that several months ago the Russian embassy in the United States had received information from an American woman about possible abuse of three adopted Russian children in Texas.

Astakhov said that one of the adopted girls had written a letter, dated March 8, to the Russian embassy about her adoptive family, posting a picture of a handwritten letter as evidence.

A spokesperson for the Russian embassy in Washington could not be immediately reached for comment Tuesday.

The case comes amid heightened tensions between Russia and the United States over international adoption. After Washington enacted the so-called Magnitsky Act, which introduces financial and visa sanctions on Russian officials accused of human rights abuses, Moscow banned US citizens from adopting Russian children.

Pulliam said that there had been reports of alleged abuse against the children dating back to 2004 but that some of the allegations had been ruled out, while authorities were unable to determine the veracity of the other accusations.

Child protective services in Texas provided counseling and other services to the family over the past several years, Pulliam said.

“Everything seemed to be going well,” Pulliam said in a telephone interview, adding that this latest claim was the first allegation of sexual abuse.

Social workers from child protective services began visiting the family’s house years ago, the mother told RIA Novosti. But she denied that the couple subjected the children to any kind of abuse, saying the children have significant behavioral problems.

“Once [social workers] got to know the kids, they closed the case every time,” she said. “Supposedly we were starving them to death, we were hitting them. There was nothing to it. We weren’t doing anything.”

Both of the girls are in good health and are being seen by a physician, Pulliam said.

A hearing at the Hardin County Court is set to be held April 16 to present the facts in the case, she said.

The mother said the couple adopted the children in January 2003. They were born in the city of Krasnokamsk in Russia’s Perm region, Astakhov said in a statement published Tuesday.