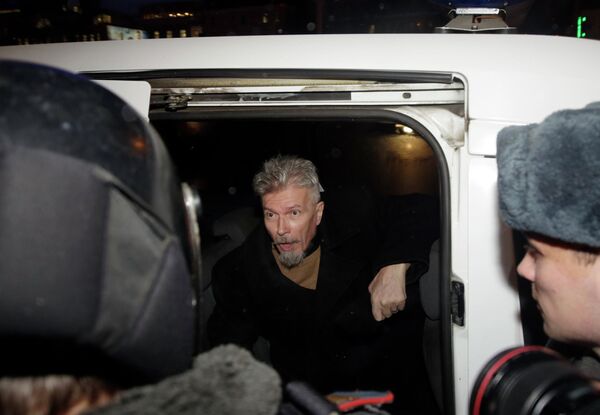 A RIA Novosti correspondent reported from the site that writer and radical protest leader Eduard Limonov was among those detained at a traditional Strategy-31 protest rally that began at 6:00 p.m. (3 p.m. GMT) Moscow time on Sunday. The firebrand writer and politician, who also heads the unregistered Other Russia party, was detained by police soon after he arrived at the square.

The police source said that administrative violation reports had been compiled for three of the four detainees, and they were obligated to appear in court. He did not identify the detainees by name.

“All four detainees have already been released,” he said.

Russian opposition groups rally on the last day of each month that has 31 days in defense of their right to freedom of assembly, as enshrined in Article 31 of the Russian Constitution.