Archbishop of Cyprus Says His Country Should Quit EU 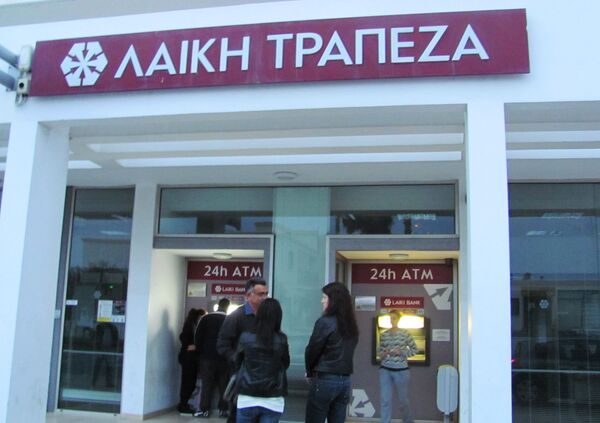 Archbishop Chrysostomos II of Cyprus said his country should withdraw from the European Union as the EU will fall apart and cease to exist in the future.

VLADIVOSTOK, March 31 (RIA Novosti) – Archbishop Chrysostomos II of Cyprus said his country should withdraw from the European Union as the EU will fall apart and cease to exist in the future.

“The economies of Spain, Portugal and Italy are currently in danger. And if the economy of Italy is destroyed just like our economy, the EU will not withstand,” Archbishop Chrysostomos said in an interview with Russia’s Channel One television channel.

“People who rule the European Union, and particularly those making decisions in the so-called troika, do not understand many things and it leads to the collapse of the EU. This is why I believe we [Cyprus] should withdraw from the union before the collapse takes place,” he added.

The finance ministers of the 17-nation euro area agreed on Monday on a 10-billion euro ($13-billion) deal for Cyprus to rescue the island nation and its outsized banking sector from a financial collapse. The new deal forces the holders of accounts of over 100,000 euros to take losses that could amount to 30-40 percent of their deposits.

The new deal is expected to yield some 4.2 billion euros to allow Cyprus, which is currently teetering on the brink of default, to obtain 10 billion euros in financial aid from the troika of international lenders. The so-called troika of creditors are the International Monetary Fund, the European Commission and the ECB.