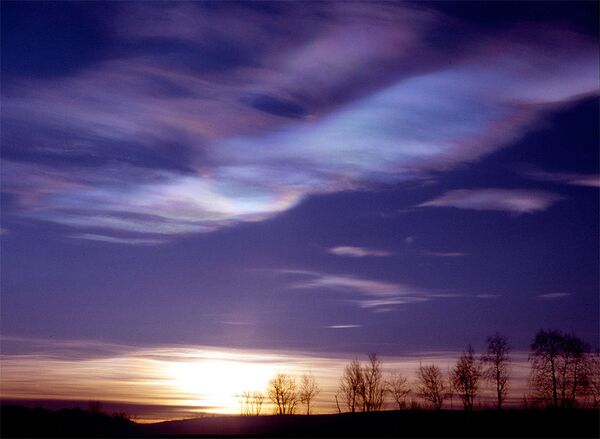 © Photo : Ross J. Salawitch, University of Maryland
Subscribe
The Russian cabinet has introduced a bill to parliament regulating the use of substances that harm the protective layer of ozone shielding the Earth from harmful UV radiation.

MOSCOW, March 30 (RIA Novosti) – The Russian cabinet has introduced a bill to parliament regulating the use of substances that harm the protective layer of ozone shielding the Earth from harmful UV radiation.

According to documents published on a Russian government site on Saturday, the bill proposes introducing additional limits on the production, availability and use of chemicals that harm the ozone layer.

If passed, the draft law would also expand regulations on the disposal of toxic substances that cause levels of stratospheric ozone to fall. One stated aim of these new proposed regulations is to help Russia meet its obligations under the Vienna Convention for the Protection of the Ozone Layer.

In 2011, science journal Nature published research revealing accelerated ozone-loss in the Arctic that created a hole in the Ozone layer which “for the first time in the observational record” was comparable to the one already identified in the Antarctic.

“The formation of the hole was driven by an unusually long cold snap and a high level of ozone-destroying chlorine,” the scientists said. After this research was published, polar experts extrapolated that, should this scenario repeat, populated areas such as Russia’s polar north, would potentially “at risk” from ozone layer depletion.

However in spring 2012, stratospheric ozone levels were “within the typical range observed during the first decade of this century,” according to international peer-reviewed research published in the Arctic Report Card in November 2012.

A NASA study published on March 11, 2013 found that "a combination of extreme cold temperatures, man-made chemicals and a stagnant atmosphere were behind what became known as the Arctic ozone hole of 2011."