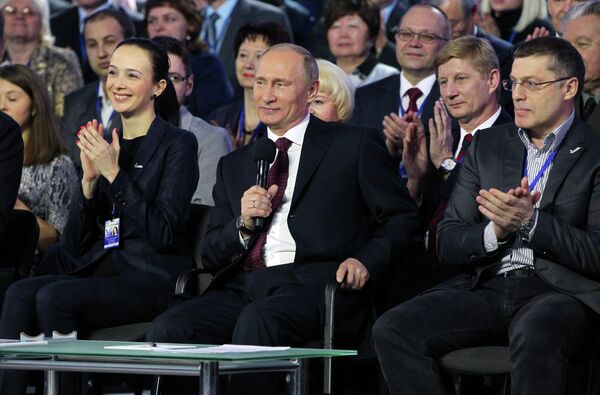 Presiding over a two-and-half-hour question-and-answer session in the southern city of Rostov-on-Don, Putin breathed new life into his All-Russia People’s Front (ONF) movement, revived a Soviet-era honor for “heroes of labor” and, uncharacteristically, joked about his time as a KGB officer.

The president also pushed for a number of measures likely to find favor in Russia’s conservative, far-from-wealthy heartland, including free healthcare, protecting parents’ rights to raise their children as they see fit and curbing generous “golden parachutes” for resigning executives.

He likewise called for a standardized approach to schooling, particularly the teaching of history and the reintroduction of school uniforms – a proposal that won him a round of applause from the 500 or so ONF supporters in attendance.

In June, the ONF is due to hold a founding congress meant to cement its legal status as a “public movement.”