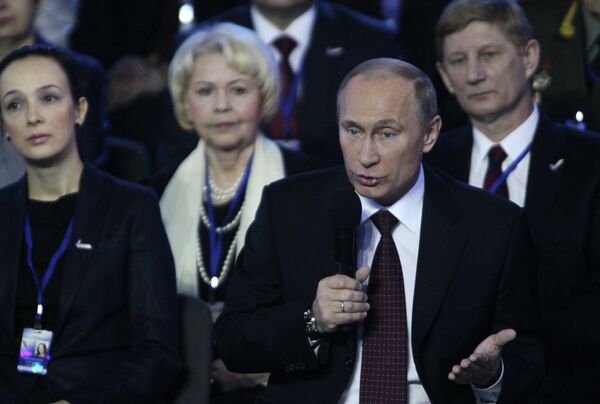 Russian President Vladimir Putin called on Friday for curbing generous pay-offs to departing executives in the same week as the head of a poorly performing state-controlled company received a $6.4 million “golden parachute” for resigning.

Speaking at meeting of the All-Russia People’s Front, a broad umbrella movement of public associations, Putin said Russia should consider introducing caps in line with planned initiatives in other countries.

Long-distance operator Rostelecom announced on Wednesday that departing chief executive Alexander Provotorov, whose contract with the company was to expire in 2015, would receive a 200 million ruble ($6.4 million) bonus for his resignation.

Norilsk Nickel chief executive Vladimir Strzhalkovsky, a former KGB colleague of Putin’s, was in December granted around $100 million after stepping down, according to the Vedomosti business daily.