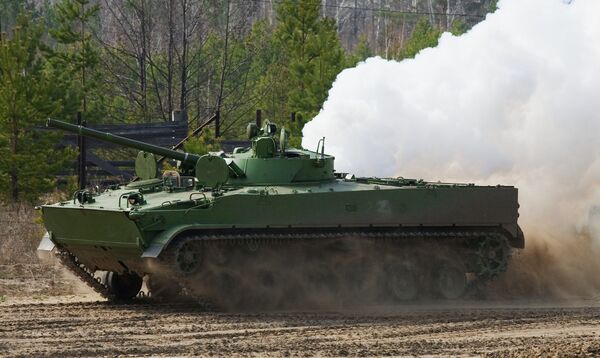 Thirteen BMP-3 infantry fighting vehicles were delivered by sea to the port of Puerto Cabello, the center said.

This marks the first report of an arms delivery by sea to Venezuela since the death of President Hugo Chavez in March.

Venezuela ordered a total of 123 BMP-3 vehicles in 2009, with the first delivery made in 2011, the center said. It is unknown how many vehicles have been delivered so far.

A Russian arms trade source said earlier this month Moscow will continue military-technical cooperation with Venezuela regardless of who takes over power after Chavez.

The official said some contracts with Caracas included deals for the construction of arms factories and servicing centers for military equipment. 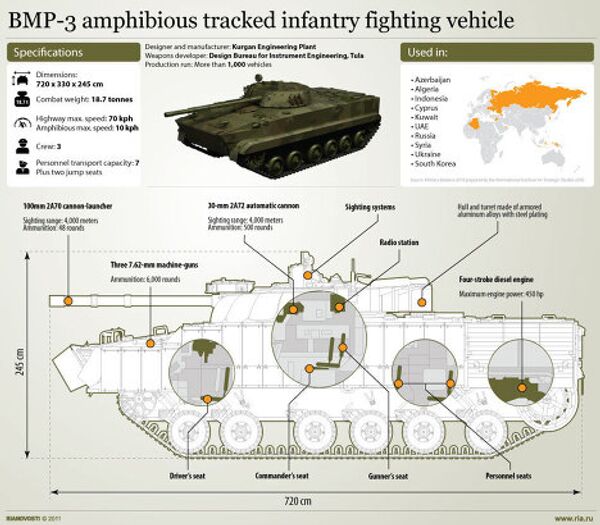 Between 2005 and 2007, Venezuela inked deals to buy $4 billion worth of weaponry from Russia. The arms involved included Sukhoi fighter jets, combat helicopters, and over 100,000 light weapons -- primarily AK-103 assault rifles.

Caracas also secured a license to produce the assault rifles in Venezuela.

According to Russian experts, Venezuela is expected to become the world’s second largest buyer of Russian weaponry after India by 2015.