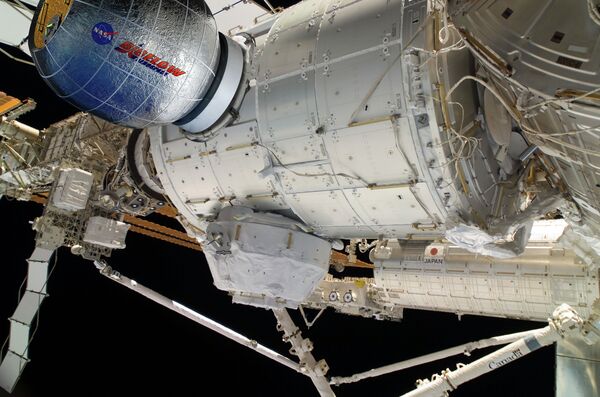 From wealthy American technology executives to British billionaires, entrepreneurs are betting big on the emerging US private spaceflight industry. While some ventures claim to forge the path to US dominance, others aim to level the playing field for countries that lack space exploration programs.

WASHINGTON, March 28 (By Sasha Horne for RIA Novosti) – From wealthy American technology executives to British billionaires, entrepreneurs are betting big on the emerging US private spaceflight industry. While some ventures claim to forge the path to US dominance, others aim to level the playing field for countries that lack space exploration programs.

“The private sector is more efficient than the government and can do the same thing at a lower cost,” said John Logsdon, professor emeritus at the Space Policy Institute at George Washington University.

Historically, Logsdon said, the US space agency NASA partnered with private companies for semi-routine cargo transport to space, but it was the decommissioning of NASA’s shuttle program in 2011 that really offered a platform for independent companies.

“As the shuttles retired, the decision was made by NASA to contract private companies to not just transport cargo, but also to carry crew,” Logsdon told RIA Novosti.

With NASA’s space shuttles grounded, it now relies solely on Russia's Soyuz spacecraft to ferry astronauts to and from the International Space Station (ISS). The price tag for each roundtrip is $62 million, the US space agency said. 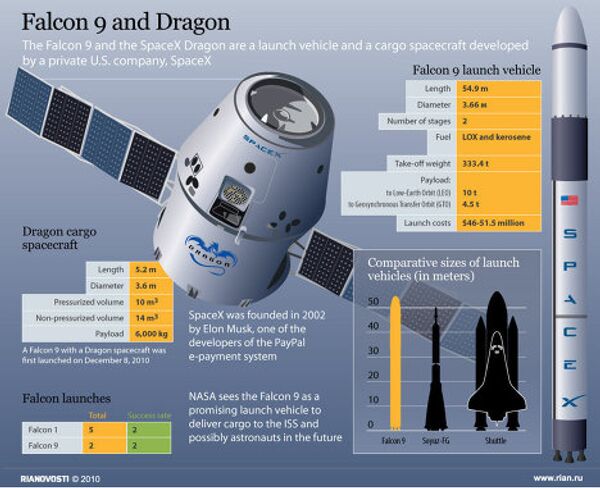 SpaceX, the California-based private spaceflight company, on Tuesday successfully completed the second of at least 12 NASA-funded roundtrip cargo missions to the ISS with its unmanned Dragon capsule.

The company, which was founded by South African-born American entrepreneur Elon Musk, said it currently has a $1.6 billion contract with NASA for at least 12 roundtrip resupply missions.

NASA’s decision to enter into private partnerships with American companies is partly based on wanting to cut its dependence on Russia to get its astronauts back and forth to the ISS.

“The purpose of NASA entering into these partnerships is to create an American system to carry Americans and its allies to the ISS,” Logsdon said.

And in just a matter of years, space industry experts said privatized manned missions will position themselves to cut Russia out of the equation. 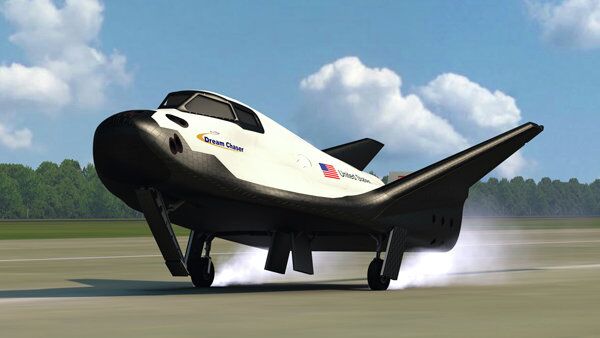 At a news conference Thursday, Musk told reporters the SpaceX manned Dragon spacecraft is making progress, and is still on track to fly crew trials by 2015.

We are hoping to unveil what the Dragon version two will look like later this year,” Musk said.

Sierra Nevada, Boeing, and Blue Origin—set up by Amazon.com founder Jeff Bezos—are among the nearly dozen American companies which received hundreds of millions of dollars from NASA to develop spacecraft capable of shuttling astronauts to and from low-Earth orbit where the ISS is located.

But one company NASA has partnered with, Nevada-based Bigelow Aerospace, has different goals that includes developing an expandable habitat that can link up to the ISS. 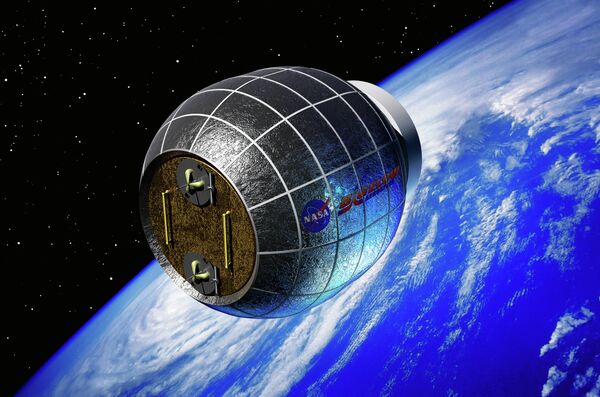 “The technology was conceived by NASA and brought to fruition by Bigelow,” said Michael Gold, Director of Washington Operations and Business Growth for Bigelow.

Because the floating habitats are made out of flexible fabrics like Kevlar, Gold said Bigelow’s design offers better protection against radiation.

Since 2006, Gold said Bigelow has completed two successful tests of its expandable habitats launched from the Dombarovsky missile base near Yasny, Russia.

“The BA 330 habitat can function as an independent space station or several habitats can be connected together in a modular fashion to create an even larger and more capable orbital space complex,” Gold said, adding the tests indicated the modules could stay operational for 100 years or longer.

Under a contract with NASA, Bigelow is planning to send its first expandable habitat to dock onto the ISS in the summer of 2015.

Currently the ISS has only six seats, but since the Bigelow habitat can support up to six additional people, Gold said it could potentially double the size of the ISS crew and even create private space stations for countries that currently lack a presence in the international space community.

To transport astronauts to these planned habitats, Bigelow said it will partner with transportation companies including SpaceX and Boeing.

Other emerging privatized projects include space tourism, with companies like Virgin Galactic, owned by British business tycoon Richard Branson, setting up shop in the United States with seats for a roundtrip suborbital flight reportedly going for $200,000.

“The private sector is a tricky business that is subject to continuing negotiations. Who assumes what risks, well, that’s not yet been decided,” said Logsdon, who is widely known as an authority on space policy.

“If all of this works, it’s creating a new industry that translates into profits for the companies and jobs for the employees,” Logsdon told RIA Novosti.

While NASA has projected its first sponsored manned private flight to the ISS will be in 2017, mandatory US federal budget cuts known as sequestration could slow down the timeline.

“Sequestration is a 10-year plan that was not supposed to be executed and it could have a downstream adverse impact on everything we planned to do, but we are continuing our goal towards a 2017 launch,” NASA spokesman Dwayne Brown said Thursday.