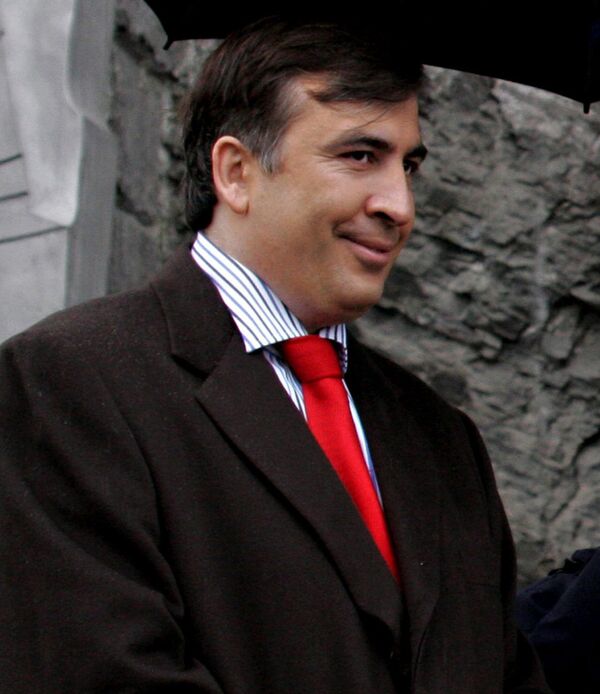 Georgian President Mikheil Saakashvili signed amendments to the country’s Constitution on Wednesday, which reduce his authority and tip the balance of power toward the prime minister.

TBILISI, March 27 (RIA Novosti) - Georgian President Mikheil Saakashvili signed amendments to the country’s Constitution on Wednesday, which reduce his authority and tip the balance of power toward the prime minister.

The Georgian parliament passed the amendments, which include stripping the president of the right to appoint or dismiss the government without parliamentary approval, on March 25.

“Today [on Wednesday] the Georgian president signed amendments to the Constitution, they will be published and will come into force later today,” Parliament Speaker David Usupashvili said.

The amendments also ban the dissolution of parliament during the period that starts in May, the month before the forthcoming parliamentary elections, and ends with the elected president’s inauguration.

The signing marks a new victory for billionaire Prime Minister Bidzina Ivanishvili, whose Georgian Dream coalition has been locked in a power struggle with Saakashvili's United National Movement after winning the parliamentary elections last October.

The signing of the document “means that the Georgian president won’t be tempted to use his right to dissolve parliament, and the parliament will be able to function without additional stress,” Usupashvili said.

The office of the president was due for an automatic downgrade later this year under earlier agreed constitutional reforms, but Georgian Dream lawmakers said they did not want to run the risk of Saakashvili dismissing the government.