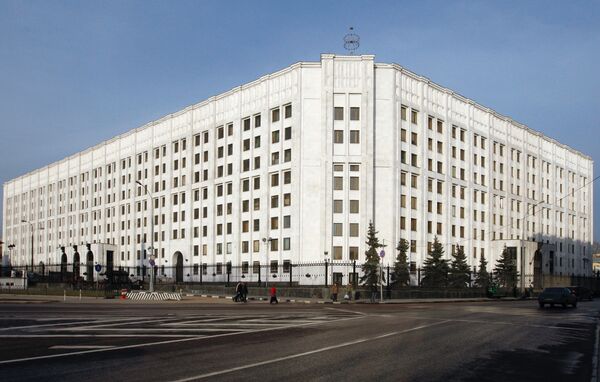 © RIA Novosti . Anton Denisov
/
Go to the photo bank
Subscribe
Russian defense officials and NATO representatives will discuss the creation of army maintenance bases in Afghanistan in May, a Defense Ministry official said on Wednesday.

MOSCOW, March 27 (RIA Novosti) - Russian defense officials and NATO representatives will discuss the creation of army maintenance bases in Afghanistan in May, a Defense Ministry official said on Wednesday.

“We will consider various options for establishing maintenance bases on the territory of Afghanistan,” said Sergei Koshelev, head of the Defense Ministry’s Chief Administration for International Military Cooperation.

It is important to maintain the weapon systems and military equipment of the Afghan Armed Forces in a serviceable state, he said, adding that any escalation of the situation in Afghanistan after NATO troops pull out in 2014 could have a negative impact on the security of both Russia and other European nations.

The discussion will take place in the course of an international conference titled Military and Political Aspects of European Security, which will be held in Moscow on May 23-24.

Russian General Staff chief Valery Gerasimov said earlier this month that defense ministers from EU countries, the United States, Canada and other states, as well as the heads of international organizations, such as NATO, the EU, the CSTO and the OSCE, have been invited to attend.