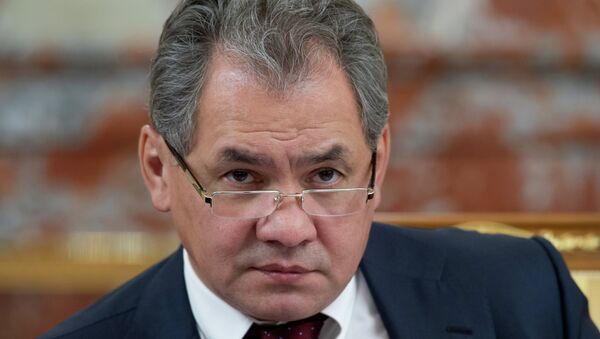 The talks could serve to bridge the yawning divisions between two nations on a series of defense matters - most notably Washington’s ongoing plans to install missile shields that Moscow says undermine its own military strategy.

Russian Defense Minister Sergei Shoigu said in a telephone conversation with his US counterpart Chuck Hagel on Monday that “no setbacks, and least of all chaos, should hamper dialogue between the military of the two great powers.”

“We are concerned about the further development of the situation around the European missile shield, and our defense minister proposed to resume regular consultations on this issue,” Deputy Defense Minister Anatoly Antonov said describing the telephone conversation.

Shoigu confirmed his written invitation to Hagel to attend an international conference on European security in Moscow in May. He also suggested that a Russia-NATO Council meeting could be held on the sidelines of this conference, tentatively set for May 23-24.

“Russia could unveil its plan for the West-2013 strategic exercise in which NATO has shown great interest and to discuss military cooperation with NATO,” Antonov said.

Russia and NATO initially agreed to cooperate on the so-called European missile defense system at the Lisbon summit in November 2010. Further talks between Moscow and the alliance have foundered over NATO’s refusal to grant Russia legal guarantees that the system would not be aimed against Russia’s strategic nuclear deterrent.