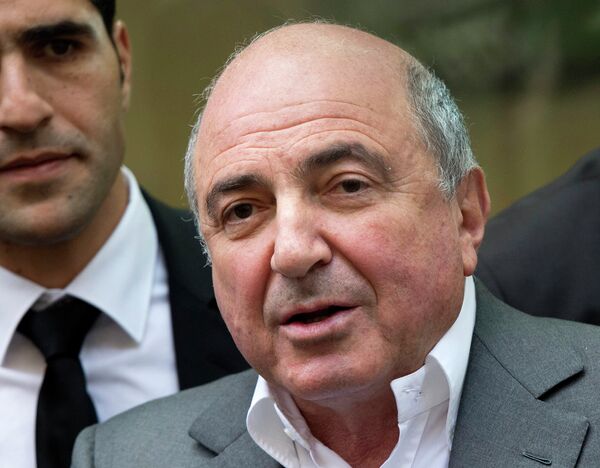 The Russian businessman had resided since 2000 in the UK, where he died on Saturday at the age of 67. He had previously been found guilty in absentia of fraud and organized crime by Russian courts in two criminal cases, while several other trials are still pending.

Despite numerous extradition requests, London refused to hand him over to Russia to stand trial.

"As the Russian Criminal Code stipulates confiscation of property [as punishment] for setting up and participating in a criminal group, the Russian Prosecutor General's Office will continue its legal action aimed at bringing back to Russia the assets that Berezovsky and his accomplices illegally acquired and legalized abroad," Zvyagintsev said.

In November 2007, a Russian court sentenced Berezovsky in absentia to six years in jail for stealing millions of dollars from the Russian airline Aeroflot in the 1990s.

In June 2009, he was sentenced in absentia to a further 13 years for stealing thousands of cars from carmaker Avtovaz, also in the 1990s.

At the request of Russian prosecutors, in 2011 assets worth more than $320 million belonging to Berezovsky were frozen by several countries, including property worth 13 million euros in France.

British authorities have launched a probe into Berezovsky’s death, as its cause remains undetermined. The autopsy was scheduled for 13:00 GMT (17:00 Moscow time).

Russia’s Investigative Committee said on Saturday that pending criminal cases against the fugitive oligarch could be closed upon receiving official notification of his death from Britain and the consent of his relatives.