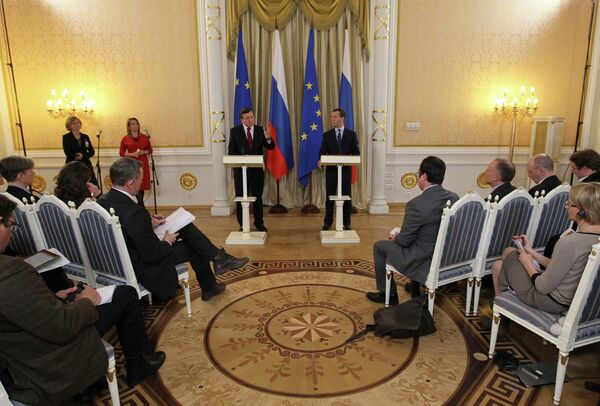 Russia agreed with European Union on Friday on a roadmap for energy cooperation until 2050 after a meeting between Russian Prime Minister Dmitry Medvedev and European Commission President Jose Manuel Barroso.

The parties also agreed on the coordination of emergency situations response and consumers rights.

Medvedev said he “had never imagined our relations with Europe and with China reaching such a high level.”

“There is a certain symbolism in the fact that we start working with our European colleagues and then our government [members] leave for a Russia-China meeting,” Medvedev said.

Barroso said that the EU was “not jealous” about close cooperation between Russia and China.

“We believe the development of Russian-Chinese relations is, in principle, in the EU's interests,” he said. “In the 21st century, we all depend on each other.”