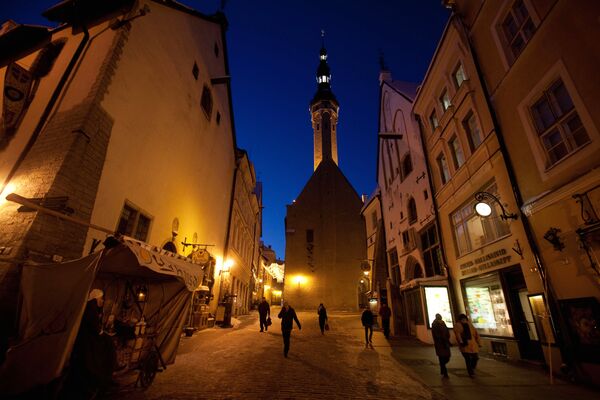 Several high-ranking military officers in the Baltic nation of Estonia have been exposed as members of a Knights Templar-style order.

TALLINN, March 22 (RIA Novosti) – Several high-ranking military officers in the Baltic nation of Estonia have been exposed as members of a Knights Templar-style order.

The Eesti Ekspress reported this week that the 27 members of the Estonian branch of the Ordo Supremus Militaris Templi Hierosolymitani include the Chief of Defense, as well as several retired military officers and former defense officials.

The order drew the attention of the Estonian security agency in 2011, when Norwegian mass killer Anders Breivik claimed to be a Knight Templar and was known to have visited Estonia.

Defense Minister Urmas Reinsalu on Friday downplayed the revelations, however, saying that “officers could join free associations without being accused of violating ethical principles.”

The Estonian Templars keep low profile and describe themselves as “Christian military officers who uphold the Christian world outlook.”

Chief of Defense Maj. Gen. Riho Terras told Eesti Ekspress that OSMTH members strive to cultivate moral and spiritual values among their subordinates and “are involved in various charities in the interest of education and culture.”

The Estonian Templars have set up the Carolin Illenzeer Foundation in support of families of Estonian soldiers killed or gravely injured in military missions.

The Ordo Supremus Militaris Templi Hierosolymitani was established in 1804 in the spirit of the 12th century Knights Templar. There are many groups around the world that claim the association with OSMTH and the order exists in each country under different jurisdictions.