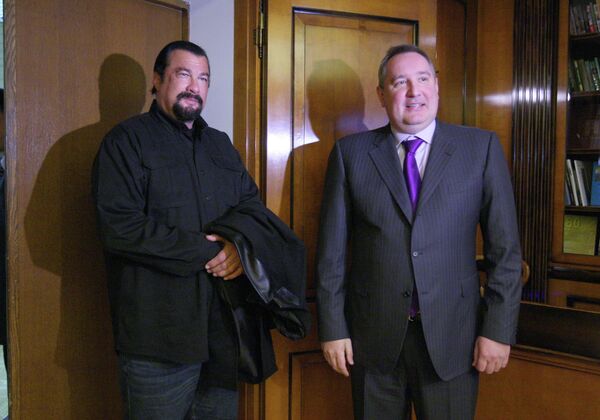 "Your authority and connections within the American establishment could help resolve this issue," Rogozin told Seagal during a meeting in Moscow on Tuesday.

Rogozin’s request concerns a US government regulation that restricts exports of Russian hunting and sports rifles to models made before 1998 and does not cover all types of rifles.

"Everyone understands that such restrictions are absurd because they hurt the interests of U.S. citizens who would like to buy Russian firearms for hunting and sports, and, on the other hand, it hurts our manufacturers," he said.

Rogozin said he was going to discuss this issue in official contacts with the US administration, but he also thought Seagal’s reputation as a man with active civil position manifested both in films and in real life could be an additional “informal leverage” in Russia’s attempts to abolish this “discriminatory measure.”

The idea of Seagal acting as a lobbyist for the Russian government may seem to be ludicrous but last week the star of Hard to Kill and Under Siege appeared with Russian President Vladimir Putin to support a plan to improve physical fitness in Russia.

On Tuesday, Seagal promised Rogozin to share his experience in promoting patriotism and military service among the youth.