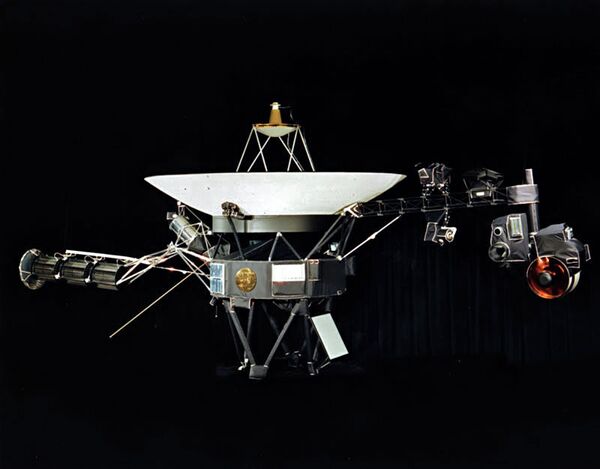 It’s been a long, long journey – more than 35 years and billions of miles. And now NASA’s Voyager 1 spacecraft has become the first man-made object to leave the solar system, according to new scientific findings posted online Wednesday.

“It’s outside the normal heliosphere, I would say that,” said Bill Webber, professor emeritus of astronomy at New Mexico State University, in a statement. “We’re in a new region. And everything we’re measuring is different and exciting.”

The new study of cosmic rays and radiation was posted online in the journal Geophysical Research Letters. It says that on Aug. 25, 2012, Voyager 1 measured drastic changes in cosmic rays, indicating it had left the outer-most reaches of the heliosphere, the immense magnetic bubble that contains our solar system, the solar wind and the entire solar magnetic field.

“Within just a few days, the heliospheric intensity of trapped radiation decreased, and the cosmic ray intensity went up as you would expect if it exited the heliosphere,” said Webber.

In December, NASA said in a statement that Voyager 1 “has entered a new region at the far reaches of our solar system that scientists feel is the final area the spacecraft has to cross before reaching interstellar space.”

Voyager 1 was the second of NASA’s two Voyager spacecraft launched in 1977. Voyager 2 was launched first, on Aug. 20, but is well behind Voyager 1 and has still not left the solar system, according to a website tracking the locations of the two probes.