Moscow to Discuss Changes in US Missile Defense Plans 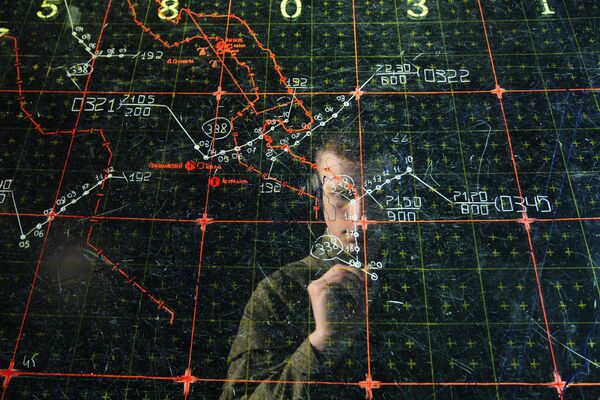 Security officials from Russia and the United States will meet in May to discuss a recent US decision to curtail its planned European missile defense system, a senior Russian defense official said on Wednesday.

MOSCOW, March 20 (RIA Novosti) – Security officials from Russia and the United States will meet in May to discuss a recent US decision to curtail its planned European missile defense system, a senior Russian defense official said on Wednesday.

Deputy Defense Minister Anatoly Antonov hailed Washington’s change of course on its European missile program, but said further talks would be needed to clarify the significance of the move.

“This is an important decision, but we would like to discuss it with our colleagues from the United States and the European Union to understand how it will impact on our security,” Antonov said.

Antonov said talks could be held at a security conference in Moscow due to take place on May 23-24. US Secretary of Defense Chuck Hagel, leading European security officials, and the heads of the Russian-led Collective Security Treaty Organization and NATO are expected to attend.

The United States announced Friday that plans to install the fourth and final phase of its missile interception system in Poland have been abandoned in favor of installing 14 new ground-based interceptors in Alaska.

Moscow has been vehemently opposed to the European missile shield initiative since its inception under the previous US administration, describing it as a threat to its strategic defenses.

The US change to the program has come in response to increasingly confrontational rhetoric from North Korea, which has provoked alarm with further advances to its nuclear weapons program.

The positioning of interceptors in Alaska and an additional radar station in Japan are designed to provide further coverage from any possible missiles launched from North Korea.

Russia will continue to press for the signing of “legally binding agreements guaranteeing that US missile defense elements are not aimed against Russia’s strategic nuclear forces,” he said.

NATO and the United States insist the European shield is designed to defend NATO members against missiles from potential threats in North Korea and Iran, and would not be directed at Russia.

Russia has threatened a range of countermeasures, including deploying tactical nuclear missiles in its Baltic exclave of Kaliningrad and upgrading its strategic nuclear missile arsenal.