Moscow Predicts End of ‘US, EU Monopoly’ in Africa 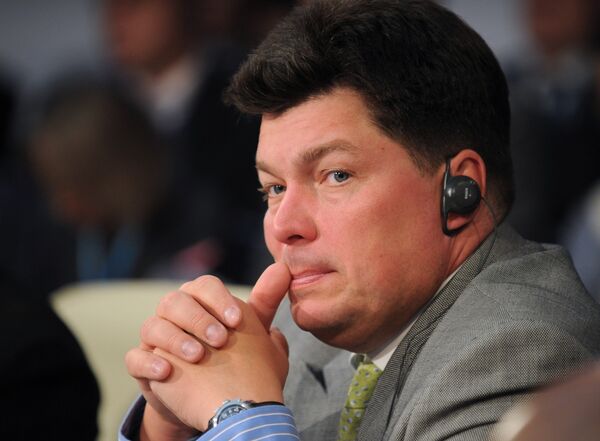 The US and EU monopoly in African countries is coming to an end, Mikhail Margelov, the Russian president’s point man for Africa, said on Tuesday.

MOSCOW, March 19 (RIA Novosti) - The US and EU monopoly in African countries is coming to an end, Mikhail Margelov, the Russian president’s point man for Africa, said on Tuesday.

“New players have come to the African continent, namely the BRICS countries,” he said at a news conference hosted by RIA Novosti.

At their upcoming summit in Durban, on March 26-27, the BRICS countries (Brazil, Russia, India, China and South Africa) will discuss, among other topics, “BRICS and Africa: Partnership for Development, Integration and Industrialization,” he said.

BRICS membership “gives an additional competitive advantage,” Margelov said: “Firstly, none of the members of this association is tainted with a colonial past on the African continent, and second, the BRICS member countries as a matter of principle do not interfere in the internal affairs of African countries.”

“None of the BRICS member countries spread democracy in Africa by force or impose their values with the help of expeditionary corps and air strikes,” he continued.

Margelov also said Russia had announced its return to Africa with a number of economic and humanitarian projects.

To advance its interests in Africa, Russia “uses the experience accumulated since the Soviet period, as well as new instruments,” he said, referring to G8 initiatives.

“There is no country on the African continent today that would not be ready to cooperate with Russia both in the political and economic sphere,” Margelov concluded.