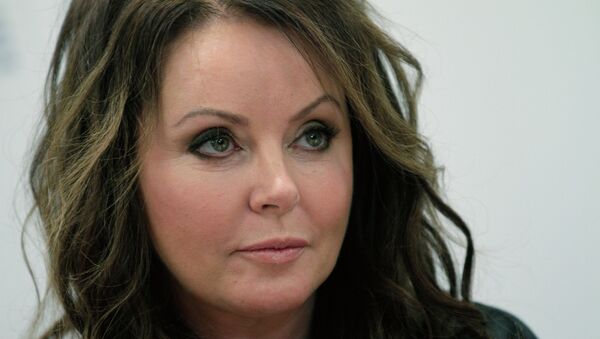 Brightman’s trip to orbit depends on the duration of the 2015 visiting flight to the ISS, Popovkin told journalists.

The British soprano was set to go on an eight-day trip to the station, but NASA and Roskosmos are considering extending the visiting flight to one month, in which case she would have to give up her seat to a professional spaceman, Popovkin said.

“If it’s a monthly shift, then it will be staff cosmonauts and astronauts who will be performing some short-term scientific research,” the official said.

Popovkin did not say when the decision will be made or whether Brightman’s flight could be rescheduled for a later date. Neither did he name Brightman’s potential replacement, saying only that the candidate will be fielded by the European Space Agency.

Sara Brightman, 52, UNESCO Artist for Peace ambassador and the world’s best-selling soprano singer with 30 million CDs sold, announced her plans to go into space in August 2012.

In case she makes it to the ISS, the superstar of classical crossover would become the world’s eighth space tourist. The first was US entrepreneur Dennis Tito in 2011, and the last, so far, is Cirque du Soleil co-founder Guy Laliberte, who paid $40 million to spend 12 days at the station in 2009.

Two ISS crew members who would arrive to the ISS in 2015 will stay in orbit for a year, up from a mission’s current standard duration of six months. This would not be enough, however, to beat the current record of longest uninterrupted stay in orbit, held by Russian Valery Polyakov who spend 439 days in space in 1994-1995.