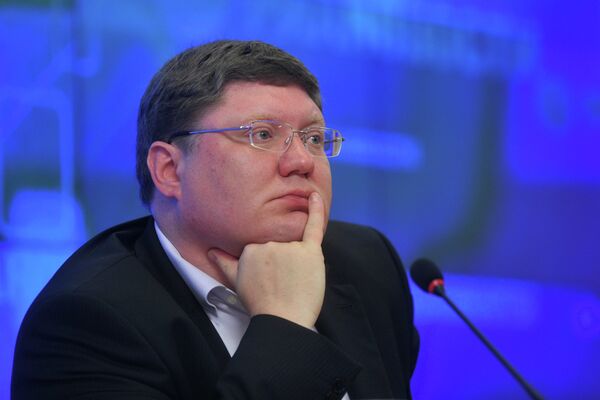 Management of Russia’s second most-read daily promised on Saturday to report to prosecutors a prominent pro-Kremlin lawmaker who attacked the newspaper for calling his female colleagues “political prostitutes.”

Andrei Isayev, a federal lawmaker with United Russia, tweeted on Friday about “scum” from a “yellow print rag” who attacked three female lawmakers.

“Petty jerks can relax, we don’t care about you. But the actual editor and author will pay hard,” the lawmaker said in another emotional tweet.

Isayev did not name the newspaper or the lawmakers in his tweets, but confirmed to RIA Novosti on Saturday that he was speaking about an opinion piece published on Friday in Moskovsky Komsomolets.

Allegations concerned, among other people, State Duma deputies Irina Yarovaya and Olga Batalina. The former used to be a member of the staunchly oppositional party Yabloko before joining the pro-Kremlin United Russia, while the latter actively promoted last year a treaty sanctioning adoptions of Russian children by US parents – only to become, along with Yarovaya, a fierce opponent of the US adoptions after the Kremlin spoke against Americans adopting Russian orphans.

The “political prostitutes” tag is a popular quote ascribed to Vladimir Lenin, who allegedly applied it to his political opponents, most of them males.

Moskovsky Komsomolets editor-in-chief Pavel Gusev told RIA Novosti that he will file on Monday a request with the Prosecutor General’s Office, asking it to look into Isayev’s “big threats against journalists.”

The tweets were interpreted as veiled threats by many in the Russian media community, including prominent oppositional journalist Oleg Kashin, who was beaten into coma in 2010 by unidentified thugs, the case never solved despite the Kremlin’s promises to punish the perpetrators.

But Isayev told RIA Novosti he did not regret his tweets and was doing his manly duty in protecting women against a “swinish public attack.”

This is not the first time United Russia attacks Moskovsky Komsomolets, a sensationalist daily whose daily audience was put at 2.6 million by the Federal Press and Mass Media Agency. In February, several party lawmakers, Isayev among them, signed a collective petition asking the law enforcements to investigate the daily’s columnist Stanislav Belkovsky for proposing to dismantle the leadership of the Russian Orthodox Church.

Incidentally, Isayev, 48, was active in the anarchist movement before siding with the Kremlin. He also used to write columns for Moskovsky Komsomolets.