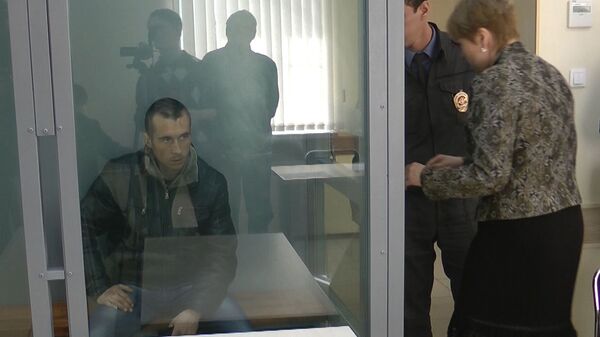 A district court in Astrakhan, south Russia, sanctioned on Saturday the arrest of the man, who had held four people hostage at a local college.

ASTRAKHAN, March 16 (RIA Novosti) – A district court in Astrakhan, south Russia, sanctioned on Saturday the arrest of the man, who had held four people hostage at a local college.

Claiming to be armed with a bomb and pistol, Alexander Kuptsov, 25, took four people, including two young girls, hostage at the Volga-Caspian marine fishing industry college on Thursday and demanded money, a getaway car and a pizza and soda be delivered to him during the siege.

Police released all the hostages unharmed during a special operation and detained Kuptsov, who was was dubbed the “pizza terrorist” by Russian media, and his 17-year old girlfriend, also a student of this college. The police inspection showed that the box, which Kuptsov claimed to contain explosives, was a dummy and his pistol was a toy. The girlfriend was soon released from custody.

“Police officers saw that the hostages were calm and even smiled. And I was also calm… All my weapons were fake,” Kuptsov said asking the court not to arrest him and citing love as the main reason for his actions.

According to police, Kuptsov could have wanted “to prove his love” for his girlfriend who earlier refused to leave Astrakhan with him.

Kuptsov was a sniper in the army’s special forces and served a prison term for theft after discharge, Komsomolskaya Pravda tabloid said.

The “pizza terrorist” could go back to prison for another 15 years if charged and convicted of hostage-taking.