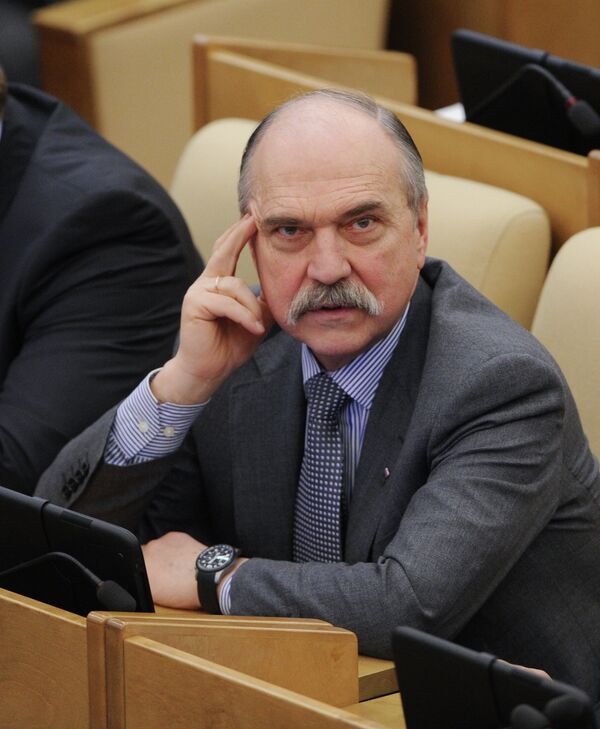 The Duma ruled that Pekhtin’s official duties will be terminated on March 29.

On March 7, Pekhtin, the head of the State Duma’s Parliamentary Ethics Committee and a member of the ruling United Russia party, gave up his seat after anti-corruption blogger and opposition figurehead Alexei Navalny accused Pekhtin of failing to declare real estate properties he allegedly owned in the United States, worth more than $2 million. Pekhtin claimed the luxury properties belonged to his son.

Pekhtin’s move came shortly after President Vladimir Putin submitted a bill to the State Duma prohibiting Russian officials from owning bank accounts and assets abroad as part of his much touted anti-corruption drive.

Another senior Russian lawmaker vehemently denied media reports on Monday that she had failed to declare ownership of a luxury apartment in central Moscow. Irina Yarovaya, the head of the State Duma Security and Anticorruption Committee, who is also a member of the ruling United Russia party, dismissed the allegations that she owns a $2-million apartment she failed to list on her official property declaration as an attempt by her “ill wishers” to ruin her reputation.

Yarovaya has thrown her full weight behind pending legislation that will ban all state officials from owning foreign real estate, bank accounts or stock. Russian officials are currently allowed to own property abroad, but it must be declared.

According to a November opinion poll by VTsIOM, 38 percent of Russians believe the country’s anti-corruption campaign has not produced any meaningful results, with 13 percent saying corruption keeps getting worse. Russia ranked 133rd out of 174 countries in the latest Corruption Perceptions Index by the Transparency International watchdog, alongside Iran, Kazakhstan and Honduras.