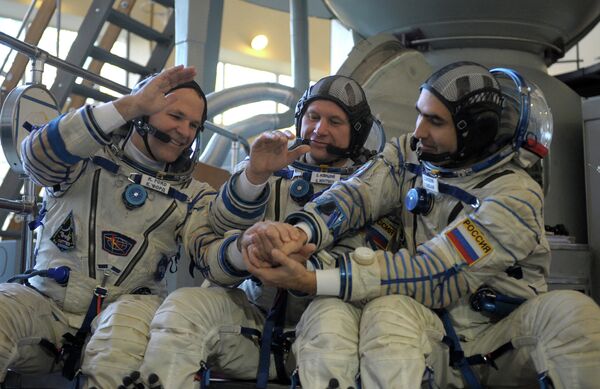 “Unfortunately, weather forced us to delay the crew landing by one day,” Sergei Krikalyov, the chief of the Gagarin Cosmonaut Training Center, told RIA Novosti. Roscosmos confirmed that the return has been postponed.

Novitsky, Tarelkin and Ford arrived at the ISS in October 2012 on board the Soyuz TMA-06M. After the spacecraft's undocking, Russian cosmonaut Roman Romanenko, Canadian astronaut Chris Hadfield, and US astronaut Thomas Marshburn will stay at the space station. Hadfield took over the ISS command from Ford on Wednesday.

In late March, three crewmembers of Expedition 35 - Russian cosmonauts Pavel Vinogradov, Alexander Misurkin and NASA astronaut Christopher Cassidy - are expected to arrive at the ISS on board the Soyuz TMA-08M spacecraft.