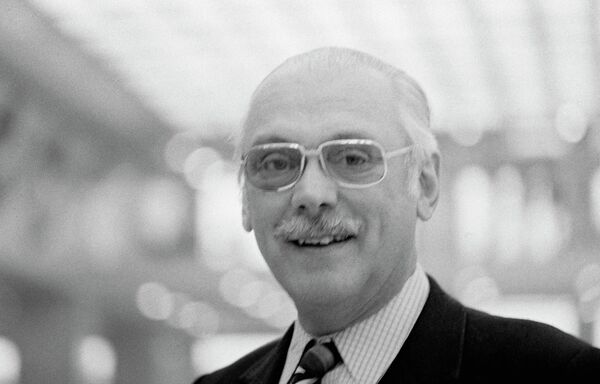 © RIA Novosti . Boris Kaufman
/
Go to the mediabank
Subscribe
International
India
Africa
Russia’s political elite commemorated on Wednesday the 100th anniversary of Sergei Mikhalkov, a poet and author of both the Soviet and Russian national anthems, with President Vladimir Putin paying a late-night visit to the late writer’s star-studded family.

MOSCOW, March 13 (RIA Novosti) – Russia’s political elite commemorated on Wednesday the 100th anniversary of Sergei Mikhalkov, a poet and author of both the Soviet and Russian national anthems, with President Vladimir Putin paying a late-night visit to the late writer’s star-studded family.

Having been showered with awards during the Soviet era, the poet received enthusiastic praise from Putin, who sat down to a luxurious spread with Mikhalkov’s family, including his Oscar-winning son Nikita, at their mansion near Moscow.

“This is an epoch,” Putin said of the elder Mikhalkov, surrounded with wine jugs, sweets and dozens of the poet’s relatives.

“There might be different opinions of his political views, but he was an outstanding writer, it’s a fact,” he added, referring to the criticism Mikhalkov’s work received for pleasing the Soviet leadership.

Mikhalkov, who died in August 2009 at the age of 96, had a powerful patron in the Soviet era: Josef Stalin. The Soviet leader liked his poem titled "Svetlana," which had been published in 1936.

In his later interviews Mikhalkov said he had dedicated the poem to a girl he dated, but everyone decided it was about Stalin’s daughter, also named Svetlana.

Mikhalkov rose to fame as a writer of fables and children’s poems, the most popular being “Uncle Steeple:” a heartwarming story about a very tall policeman. But the poet is also known for participating in smear campaigns against the so-called “anti-Soviet authors,” such as Boris Pasternak and Alexander Solzhenitsyn, though he denied trying to please the Soviet leadership.

Putin said on Tuesday that according to his data, 300 million copies of Mikhalkov’s books have been published both in the Soviet Union and in modern Russia.

But Mikhalkov is perhaps best known for having authored the lyrics to most versions of the country’s anthem both under Soviet and modern Russian leaderships.

In 1944, the Soviet leadership decided to replace "The Internationale," a socialist anthem written by a French poet, and chose music written by Alexander Alexandrov with lyrics by Mikhalkov and poet Gabriel El-Registan as the new anthem.

After Stalin’s death in 1953 and until 1977, the anthem was performed without lyrics at all. Mikhalkov then adjusted the lyrics to jive with the new leaders and moods in the country while replacing references to “Stalin” with “Lenin” due to the de-Stalinization campaign.

When the Soviet Union collapsed, the Soviet anthem was replaced with a new wordless anthem based on a patriotic song by Mikhail Glinka. When Putin came to power in 2000 he revived the Soviet anthem, and the elderly Mikhalkov wrote yet another version of the lyrics that currently mentions God and no political leaders.

Putin said Tuesday that Mikhalkov deserves to be commemorated with a monument and a small park in downtown Moscow. On Wednesday, a plaque with Mikhalkov’s name and portrait was opened during a solemn ceremony on Moscow’s Povarskaya Ulitsa, where the poet lived.

Nikita Mikhalkov, who is known for his monarchist views and his unwavering support for Putin, met with Prime Minister Dmitry Medvedev on Wednesday to receive greetings on his father’s birthday.

“I will speak as a person born in the Soviet time: for me, as well as for many of my peers, childhood began with Sergei Mikhalkov’s poems,” Medvedev said.