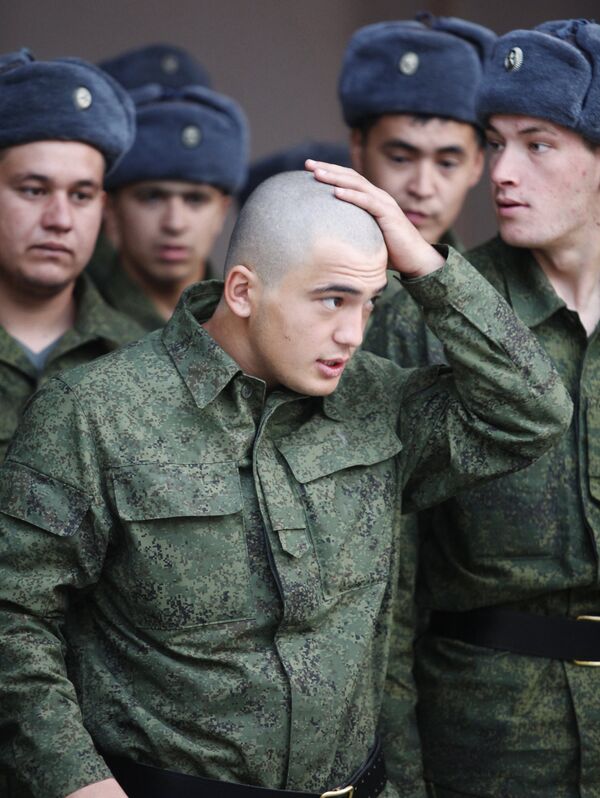 Some 8,794 Russian men received their draft card but did not show up at the recruitment office as required - a criminal offence carrying a prison term of up to two years under Russian law, General Staff senior official Maj. Gen. Viktor Glotov said during a meeting at the Federation Council on Wednesday.

In addition, some 235,800 men dodged the draft by avoiding being notified last year, which is an administrative offence in Russia.

Military officials have to notify potential recruits that they are due for draft as soon as they reach the age of 18. Many young men use falsified medical documents, bribery or notifying the authorities they are still in long courses of higher education (those in higher education are exempt from the draft) to avoid the 12-month period of service. Potential draftees are eligible for conscription to age 27.

Russia is forecast to have a falling number of potential draftees due to the country's aging demographic profile, with the lowest number of recruits available expected between 2016 and 2020.

The Russian Armed Forces are in the midst of a major program of reform, including a gradual transition to an all-volunteer makeup, organizational changes and reequipment with modern weapons. The move toward professional forces has been hampered by a lack of sufficient volunteers and low retention, due to frequently poor conditions of service and low pay.

Earlier this month, Kremlin chief of staff Sergei Ivanov, a former defense minister, said Russia's armed forces should expand to at least a million men in order for the country’s defenses to be effective.