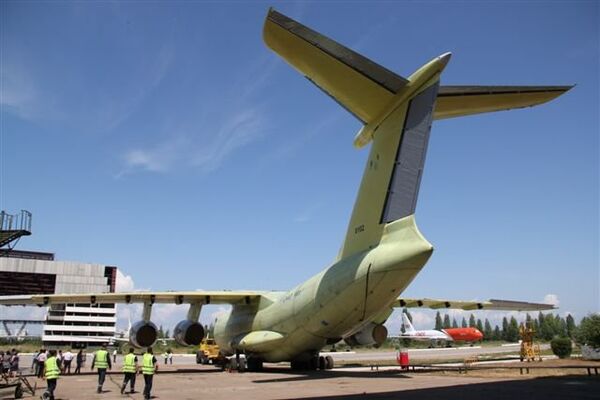 The first Defense Ministry test flights of the prototype Ilyushin Il-76MD-90A (also known as the Il-476) heavy-lift transport plane at a flight test center near Moscow were postponed indefinitely due to bad weather on Wednesday, the Ilyushin Aviation Complex press service said.

The first flight at the Zhukovsky flight test center was set for 12.00 Moscow time (08.00 GMT) on Wednesday, according to the Russian Defense Ministry’s program.

“The flight has been canceled due to the meteorological conditions. Everything was completely ready for the start of the tests but the flight had to be put off due to a heavy snowfall,” a company spokeswoman said.

The bad weather is expected to last another three days, so it is difficult to say when the first test flight will take place, she said.

The test program will consist of a series of 22 test flights, she said earlier in the day. After each flight, experts will collect and process data to make any improvements necessary to the aircraft.

The plane carried out its first prolonged test flight from the Aviastar plant in Ulyanovsk where it was built, in late January. That flight lasted four hours and 25 minutes at altitudes of up to 10,000 meters (33,000 feet).