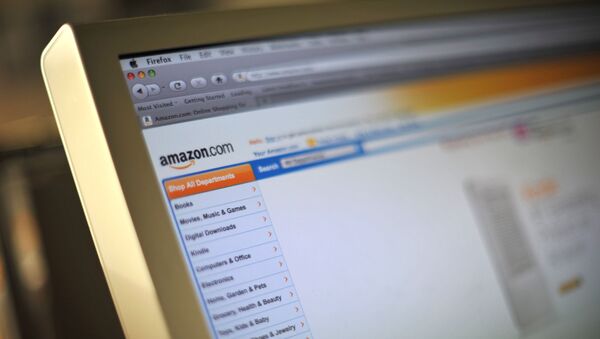 © Sputnik
Subscribe
International
India
Africa
Move over “.com,” because over the course of the next year the Internet is expected to be inundated with thousands of new, generic, domain-name extensions.

WASHINGTON, March 11 (RIA Novosti) Move over “.com,” because over the course of the next year the Internet is expected to be inundated with thousands of new, generic, domain-name extensions. Big businesses, including online retailer Amazon, have applied to purchase exclusive rights to several of these so-called generic top level domains (gTLD), including .read and .book, a move critics said could jeopardize the openness of the Internet.

“Placing such generic domains in private hands is plainly anticompetitive, allowing already dominant, well-capitalized companies to expand and entrench their market power,” said Scott Turow, president of the Authors Guild, the largest society of book authors in the US, in a letter to the Internet Corporation for Assigned Names and Numbers (ICANN), the nonprofit organization that oversees the use of Internet domains.

“We strongly object to ICANN's plans to sell the exclusive top-level domain rights for generic book-industry terms, such as .book, .author, and .read,” Turow said.

Bookstore chain Barnes and Noble as well as The Association of American Publishers (AAP) have also contacted ICANN with objections to Amazon’s requests.

“The vast book community — authors, publishers, sellers, libraries, readers, educators, editors, researchers, literary agents, collectors, printers, clubs, archives and many others — shouldn’t be barred from connecting around the world through the .book domain,” said Allan Adler AAP’s General Counsel and Vice President of Government Affairs in a statement to ICANN.

Currently the most popular domain suffixes are .com and .net. But as more websites are built, domain names are becoming scarce, which prompted ICANN to introduce thousands of additional generic domain names expected to be released over the next two years.

Allowing generic domain names to be registered to the general public is a big money maker for companies like Go Daddy, the world’s largest registrar of Internet domain names. The Arizona-based company said it expects to see a major boost in business as the new extensions begin to go on sale this summer at an estimated rate of about 20 per week, according to an azcentral.com report.

While many big American companies including Apple and General Motors have applied for domain names associated with their brands, for instance .Apple and .Cadillac, the generic domain names including .home, .web, and .app are the most sought after and causing the most controversy, with critics fearing ICANN’s application process will mean a surge in cyber-squatting and trademark infringement.

To apply for a generic top level domain name, applicants are required to pay a $185,000 fee to ICANN, and in several cases, multiple applicants are competing for the same top-level domain. This leaves ICANN as the sole entity responsible for choosing which company is best suited for ownership based on the applicant’s financial stability and intended use.

The Non-Commercial Stakeholder Group (NCSG), an organization that provides representation in the ICANN process for noncommercial domain registrants and Internet users, said it is unhappy with ICANN’s decision to take a “top-down approach” when it comes to the regulation of generic domain names.

“We oppose any attempt by ICANN to become the world’s arbiter of what constitutes a ‘generic word,’” representatives from the NCSG said in a statement to ICANN. “We support the freedom of individuals and organizations to register domains and use them legally in any way they see fit.”

After reviewing applications, ICANN will assign rights to organizations or companies to manage the new domain suffixes. Individuals and companies who have objections to current domain-name applications have until Wednesday, March 13 to file a written objection.