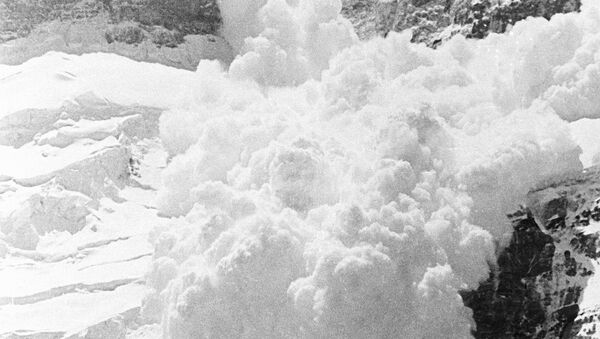 © Sputnik / Semin
/
Go to the mediabank
Subscribe
International
India
Africa
Two schoolboys died after they were caught up in an avalanche in the southern Urals republic of Bashkortostan, the regional Emergencies Center reported on Sunday.

UFA, March 10 (RIA Novosti) – Two schoolboys died after they were caught up in an avalanche in the southern Urals republic of Bashkortostan, the regional Emergencies Center reported on Sunday.

The incident took place in the Duvansky district in the republic’s north when two boys aged 10 and 12 went sledging on Saturday afternoon and did not return home. Their parents turned to the police on Saturday evening.

“The children were found under the avalanche with no traces of life,” the Emergencies Center said.

A similar incident took place just a week ago in Russia's East Siberian republic of Tyva when six teenagers were killed in an avalanche.

The avalanche occurred on a remote mountain slope six kilometers (four miles) from the village of Mugur-Aksy in the republic’s Mongun-Taiginsky distinct on March 3.

Seven boys were planning to plant flags at the top of the mountain - a custom that is believed to bring luck.

One of them, Anton Salchak, 17, a junior European kickboxing champion, managed to escape the snow trap and alerted the regional authorities to the incident.

Five bodies were retracted from under the snow on Wednesday and the body of the sixth missing teenager was recovered on Saturday.