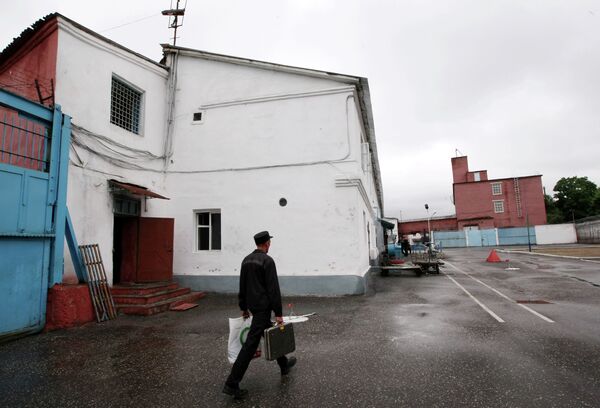 Investigators on the case found that senior officials in Selinvest, a subsidiary of Russia’s Federal Penitentiary Service (FCIN), were involved in the fraudulent deals in southern Russia's Saratov Region which have cost it over 100 million rubles ($3.2 million), Investigative Committee spokesman Vladimir Markin said.

“The money was intended for the maintenance of the correctional system’s institutions,” Markin said.

Two Selinvest officials have been detained after checks revealed the suspects colluded with firms from Moscow and the central Russian city of Penza in fraudulent sugar purchase deals.

If convicted of serious fraud, the suspects face up to 10 years in jail.

Last week, Russia’s Federal Penitentiary Service said it had uncovered fraudulent financial scams inside the organization which have cost it over 10 billion rubles (some $327 mln).

The news comes just weeks after investigators probed a case in which the FCIN had purchased electronic bracelets for people under house arrest for vastly inflated sums. An investigation also revealed that the bracelets were not linked to GLONASS, Russia’s answer to the US Global Positioning System, or GPS, and were effectively useless.

Investigators said that fraud had cost the state some $32 mln and that the bracelets had been ordered by the FCIN’s former head, Alexander Reimer, and his deputy.

The probe into the case was opened after two FCIN employees were detained on suspicion of extorting $2.6 million from a businessman in connection with the purchase of the bracelets.

The revelations come to light during a much-touted Kremlin anti-corruption campaign, which has reached as high as ministerial level, with the resignation of the former Defense Minister last November.