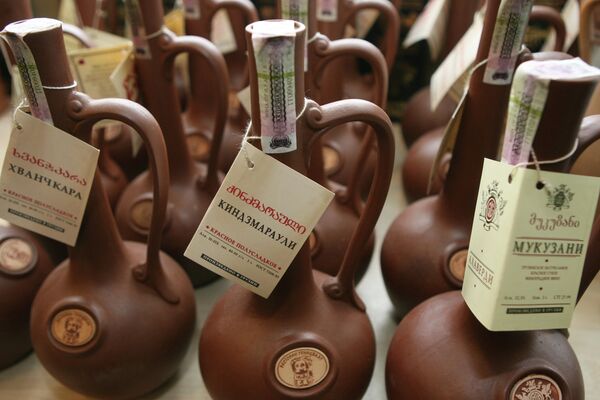 “During the first inspection, 37 alcohol-producing enterprises and four mineral water producers were checked. We will not admit one of the alcohol producers [to the Russian market] because things must be put in order there. All the other 36 enterprises can start registering their wines and brandy [in Russia],” Onishchenko said.

The inspection did not reveal any food safety breaches at the four inspected mineral water producers, Russia’s sanitary chief said.

Russia banned imports of Georgian wines and two popular brands of mineral water in 2006, citing the poor quality of the products, in a move widely condemned in Georgia as politically motivated. Onishchenko then branded Georgian and Moldovan wines as "poison."

Onishchenko said last month Georgian wines could return to the Russian market as soon as this spring.

The already prickly relationship between Georgia and Russia worsened considerably after the ascent to power of the pro-Western Georgian President Mikheil Saakashvili in 2004. The two countries briefly went to war in a five-day conflict in 2008 over the breakaway republic of South Ossetia, which Russia later recognized as independent, while Tbilisi insists the territory is part of Georgia.

Georgian billionaire tycoon Bidzina Ivanishvili, the leader of the Georgian Dream coalition which won the country’s parliamentary elections late last year, said he wanted to improve relations with Russia and would welcome Russian investors in the country.