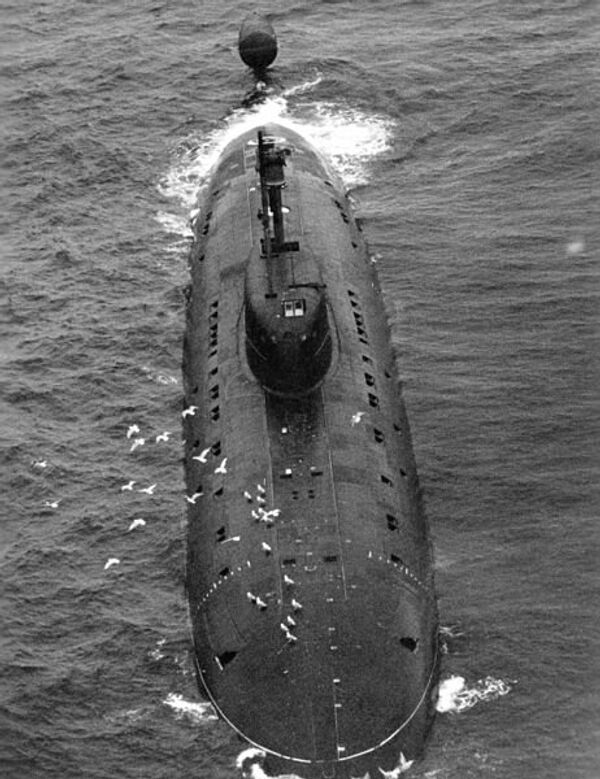 The Sierra class has a light and strong titanium pressure hull, enabling these boats to dive to depths of up to 550 meters (1800 feet) and enhancing their survivability, as well as having a low magnetic signature.

A total of four Project 945 and 945A submarines were built in Russia. In addition to the Karp and the Kostroma, the Pskov and the Nizhny Novgorod were built in the early 1990's and are currently in service with the Northern Fleet.

The K-239 Karp (Carp) was the first Project 945 (Barrakuda) submarine, which entered service with the Soviet Navy in 1984.

The K-276 Kostroma was commissioned in 1986 and had to be repaired after a February 11, 1992 collision with the American submarine USS Baton Rouge (SSN-689) while on patrol off Kildin Island near Severomorsk. The US Navy said the collision occurred more than 12 miles (22 km) from shore, in international waters.

The shipyard signed a modernization contract for the Karp and the Kostroma with the Defense Ministry in December 2012 , a Zvezdochka representative told RIA Novosti.

Karp has been sitting at the shipyard since 1994, he said, adding the submarine’s titanium hull “is in a very good condition” but a significant part of its equipment is missing.

The submarines’ sonar and navigation systems will be replaced and their reactors refuelled, he said.