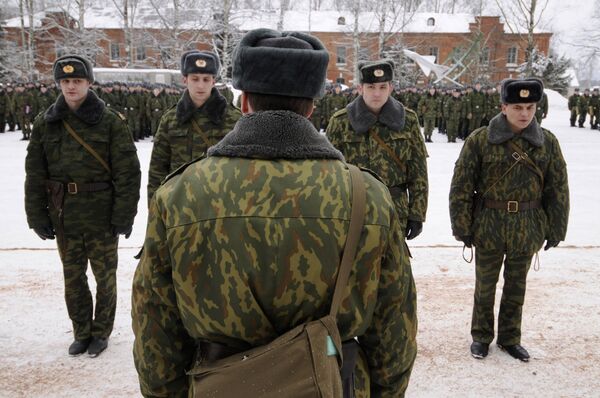 Valery Sergeyev, who worked in Stavropol Territory in southern Russia, tampered with servicemen's official records to create "ghost" soldiers, and then wired money to their accounts, from which he later withdrew a total of 11 million rubles (about $400,000).

The committee did not say when Sergeyev was sentenced or when he worked at the Defense Ministry.

This is not the first case of fraud involving Stavropol region Defense Ministry officials. Sergei Kochmin, head of the Defense Ministry's Stavropol Territory Financial Administration, and Roman Goryachev, a chief accountant, were previously sentenced to two years each for embezzling over 6 million rubles (about $200,000).