Ex-Bank of Moscow Chief Gets Asylum in Britain 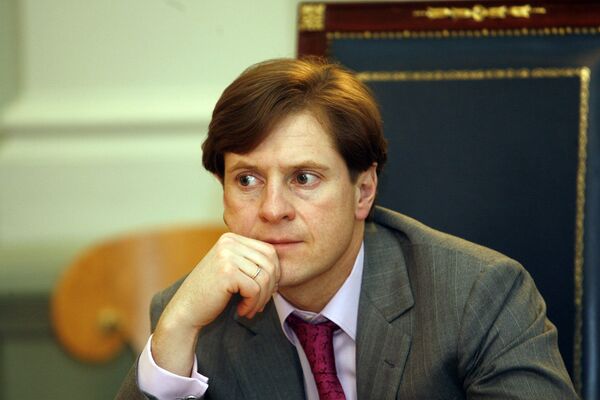 In an interview with Vedomosti business daily published on Friday, Borodin said that in his appeal for asylum he maintained the criminal case against him in Russia was politically motivated.

The British authorities could not be immediately reached for comment.

Moscow will seek Borodin’s extradition regardless of his status in the UK, the Russian Interior Ministry said on Friday.

“Russian law enforcement agencies will continue to demand Borodin’s extradition, as he has been charged in absentia with fraud and is on an international wanted list,” the Ministry said.

Russian investigators launched a criminal case against Borodin and his former first deputy Dmitry Akulinin in late 2010 on charges of large-scale fraud involving state funds at Bank of Moscow, which functioned as the capital's chief investment vehicle under former Moscow Mayor Yury Luzhkov.

The bankers have been charged in absentia with improperly loaning $443 million to shell companies which then transferred the cash to Yelena Baturina, Luzhkov's wife and the owner of construction empire Inteco.

Borodin fled to Britain in April 2011 after Luzhkov was fired by then-President Dmitry Medvedev in September 2010. Initially, he denied asking for asylum and said he was visiting the UK for medical treatment.

State-owned lender VTB took control of Bank of Moscow - then Russia's fifth-largest - in April 2011. Bank of Moscow had to be bailed out to the tune of $14 billion in July that year, in the biggest rescue of a financial institution in Russian history.

A film shown by Russia's state-owned NTV channel last year, "Anatomy of a Protest," claimed Borodin had helped fund opposition protests, but did not provide any evidence for the claim. Borodin later denied ever having met any of the figures in the protest movement mentioned in the film.

Borodin ranked 117th in the Forbes-2012 List of Russia’s wealthiest people with an estimated fortune of $800 million. In August 2012, he spent $219 million on an estate home in Henley-on-Thames, which was at the time the most expensive home in Britain, the Sunday Times reported.

Britain has become the adopted home of a series of Russian businessmen who have fled their homeland fearing arrest, including tycoon Boris Berezovsky and Yevroset company founder Yevgeny Chichvarkin.

(Updated to include 11th paragraph about NTV film claim)