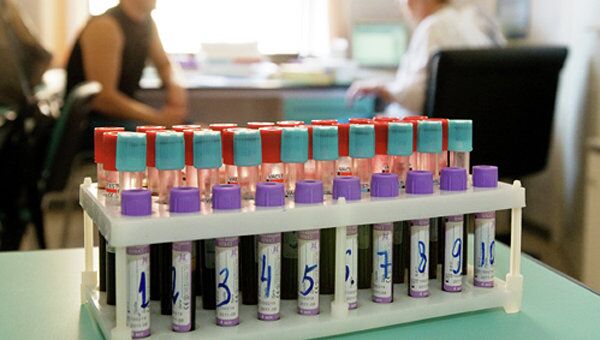 The federation cited as an example a recent wide-ranging probe by the Australian Crime Commission, which found evidence of doping in multiple sports.
“It’s possible that soon in our country a large-scale joint investigation will be undertaken, the organizers of which will be the Sports Ministry, [the Athletics Federation], the Federal Drug Control Service, RUSADA [the Russian Anti-Doping Agency] and other organizations,” federation head Valentin Balakhnichev said in a statement on the organization's website.

It was not immediately clear whether he was referring to actual plans for such an investigation or merely stating that one was desirable.
The Federal Drug Control Services typically spends its time battling narcotics smugglers and dealers.

Russian sport has been shaken by several doping scandals over the last year.

London 2012 discus silver medalist Darya Pishchalnikova has been suspended since December over a positive doping test and faces a possible life ban, while track cycling medal contender Victoria Baranova was expelled from the Olympics for doping, which she later confessed to.

Over the winter, the Russia-based Katusha cycling team was cut from the UCI World Tour over allegedly lax anti-doping controls but has now returned following a court case. Other doping cases have occurred in pole vaulting and canoeing.

Balakhnichev suggested he would like to see cycling-style biological passports brought in for all athletes.

The passports, which flag up dramatic changes to athletes’ bodies, are “a powerful blow to the intent of potential offenders to use banned substances and methods to achieve competitive results, but I don’t regard it as a panacea for all ills,” Balakhnichev added.

He said that around 3,600 doping tests were carried out in Russia every year, a sharp rise on previous years.