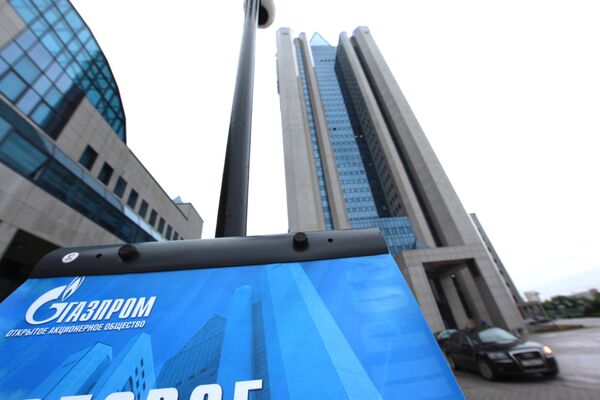 The agreement, which will expand Gazprom’s LNG exports and trading portfolio, follows a letter of intent signed by Gazprom in March 2012.

Gazprom wants to build up its LNG trading business to diversify away from traditional European customers receiving natural gas via pipelines.

“We are confident that this deal will not only help strengthen and diversify Gazprom’s LNG portfolio, but also help GM&T build on our success in the Asia-Pacific region, where we have recently closed long and medium-term deals with numerous counterparties in India and North East Asia.”

In November 2011 the Tamar partners signed an agreement with DSME, NextDecade and D&H Solutions to initiate joint development and implementation of a floating LNG facility scheduled for commissioning in 2017 with an estimated annual output of 3 million tons per annum.

Israel has two large offshore gas fields - Tamar and Leviathan - off the coast of the city of Haifa. The Tamar gas field’s reserves are estimated at 238 billion cubic meters and the potential of the Leviathan field is estimated at 453 billion cu m.