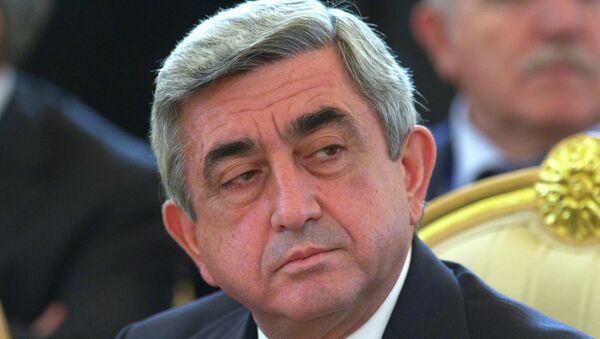 US-born former Foreign Minister Raffi Hovhannisyan came in second, with 539,693 or 36.74 percent of the vote.

The remaining five candidates garnered less than three percent of the votes each.

International observers said the Armenian election was generally well-administered, with fundamental freedoms respected, but noted that some key concerns remain, including “a lack of impartiality on the part of the public administration and the misuse of administrative resources.”