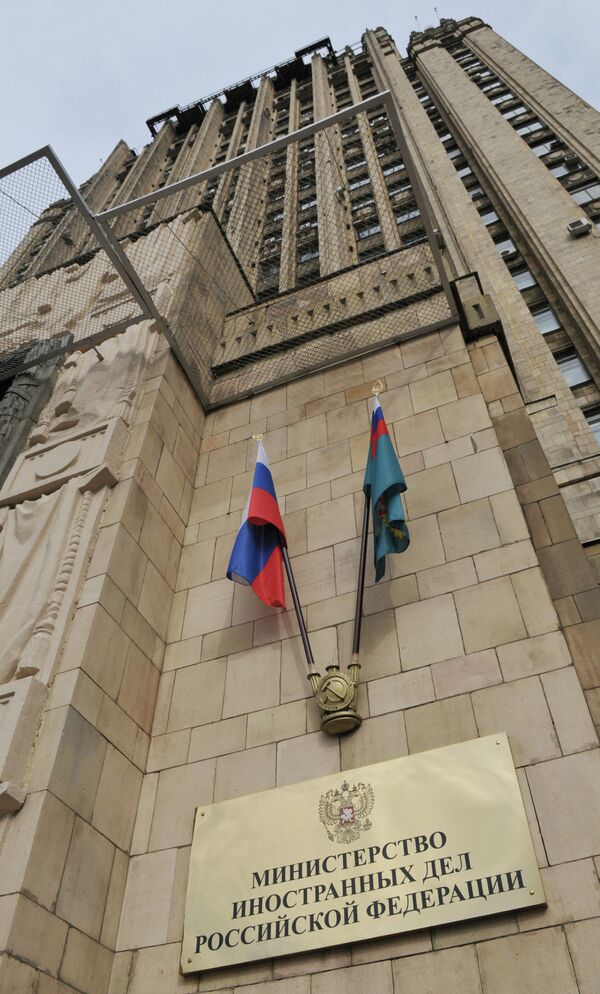 Moscow reiterated its position on the normalization of ties with Tbilisi on Monday, saying it was not ready to discuss the issue of the breakaway republics of Abkhazia and South Ossetia, despite a move toward improved relations between the two sides.

MOSCOW, February 25 (RIA Novosti) - Moscow reiterated its position on the normalization of ties with Tbilisi on Monday, saying it was not ready to discuss the issue of the breakaway republics of Abkhazia and South Ossetia, despite a move toward improved relations between the two sides.

Russian Deputy Foreign Minister Grigory Karasin reiterated Russia’s interest in normalizing its ties with Georgia in areas where the Georgian side is prepared to normalize them, taking into account the political situation that has evolved in the Trans-Caucasus region.

“Russian-Georgian dialogue, be it on the state or the public level, may not by definition concern issues relating to Abkhazia and South Ossetia. Such matters may only be dealt with by the Abkhazians and South Ossetians themselves,” he said. “Any other approach is devoid of any sense,” he added.

The second meeting of Georgian and Russian special envoys will take place on March 1 in Prague, Zurab Abashidze, the Georgian prime minister’s point man for the normalization of ties with Russia, said.

The first meeting was held on December 14 in Geneva, where the parties agreed to meet every two months.

Georgia broke off diplomatic relations with Russia after the two nations fought a brief war in August 2008 over South Ossetia. Georgia lost one-fifth of its territory after the two regions broke away, and were shortly after recognized by Moscow, although both had already enjoyed de facto independence since the early 1990's following earlier conflicts with Tbilisi. Georgia repeatedly accused Moscow of aiding the separatist movements in Abkhazia and South Ossetia at that time.

Moscow has signed economic and military agreements with both republics since recognizing them as independent.

Georgian Foreign Minister Maya Pandzhikidze said earlier this month the ongoing occupation of Georgian territory by Russia is an impediment to full-fledged diplomatic ties between the two countries, as well as a threat to national and European security.

Georgian Prime Minister Bidzina Ivanishvili, whose Georgian Dream coalition won the October parliamentary election, said in November Tbilisi was restarting its relations with Moscow “from a clean slate,” but that restoration of diplomatic relations would be linked to the issue of Georgia’s territorial integrity.

Tbilisi and Moscow have had some contacts since Ivanishvili's accession to power, with talks underway on restoration of Georgian access to Russia's wine and mineral water markets, which were broken off in 2006. Prior to the ban, Russia was the biggest consumer of Georgian wine.

Updated to correct reference to 2008 war.